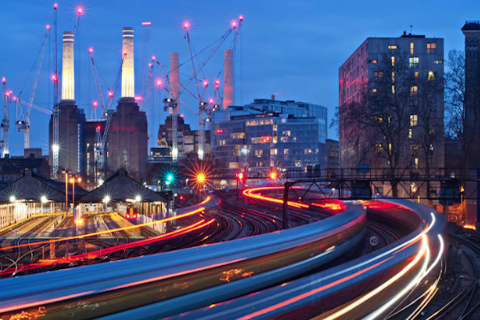 The Williams-Shapps Plan for Rail propose strategic changes to the way UK railway is governed, but talent will not be flowing away from the industry. Once people are in railway, they stay in railway. The attraction of the industry as a career option outweighs any reorganisation. That was the conclusion heard by experts from the UK industry in RailFreight Live last Friday.

Experienced figures, representing three critical aspects of the industry, met to debate the future of UK rail in the latest broadcast of Railfreight Live, where the UK rail reforms were the central theme. Rail technology specialists 3Squared were represented by Lucy Prior, their business engagement director, while Daisy Chapman-Chamberlain, rail knowledge transfer manager, answered from KTN, the independent agency that champions skills transfer for UK industry at large. Head of rail at Tarmac, Chris Swan provided insight from one of UK rail freight’s biggest customers.

Putting the control of both track and train under one body has already been the media focus of the report. While that flies in the face of the European model, post-Brexit Britain is in a position to engage in a new version of the state-controlled railway that existed almost fifty years until the privatisation programme of the 1990s. That, potentially, means an end for the infrastructure agency Network Rail – although its remit will remain largely intact in the new ‘Great British Railways’.

If the report is adopted by the UK government, that would put a single body – and a single individual – in a commanding position, possibly second only to the transport secretary themselves. “We do need that level of accountability”, said Lucy Prior of 3Squared. She had just been in session with the report’s original author, Keith Williams, and the Network Rail chairman Sir Peter Hendy – who must be among those names already under consideration for the new body.

“There are some hugely encouraging parts in the report”, says Chris Swan of Tarmac. “The fact that there is a mandated freight growth target is really good. That has actually started to change mindsets about delivering to that.” Under Swan, Tarmac has been steadily growing its rail freight commitment, with servicing of the booming London and South East construction market foremost among their success stories. That plays into the reports environmental initiatives. “Decarbonisation clearly changes what opportunities the industry has. For the new body to provide more of a guiding mind would be extremely helpful.”

Daisy Chapman-Chamberlain of KTN emphasised that the industry will need many more, forward-thinking and skilled individuals to make the ambitions of the report a reality. She also called for a further embedding of the collaborative approach, which would do as much as any other aspect to make the railways more efficient, and achieve the overarching aim of simplicity for operators and customers, and a more economic railway. “I suppose it’s all about communicating with all the different players in the game”, she said. “We will see a huge structural change, but we will be seeing a lot of the familiar faces. One positive aspect of rail highlighted in the report is that most people, once they are in a career in rail, they don’t leave.”

Did you miss the show? You can watch it below.