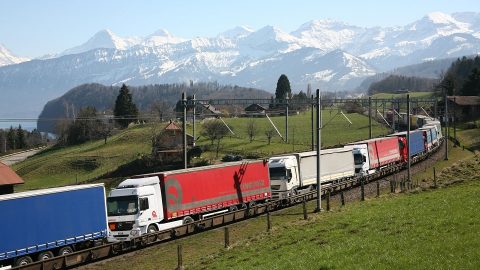 The modal shift to rail is impossible without fair competition. For that reason, the Community of European Railway and Infrastructure Companies (CER) is calling the EU Member States to introduce the distance-based tolls on all major roads. They will replace the time-based charging that acts only on some highways.

On Tuesday, 26 November, CER published a policy paper where it noted a disappointment caused by a preliminary decision taken by the Council last week on the Eurovignette Directive revision that suggests retaining the scheme of time-based charging. “This would hinder Europe’s efforts to clean up and decarbonise transport with a shift to low-carbon modes like rail. It would go against Member States’ green-transport rhetoric and the user-pays principle, which requires charging at least marginal cost (as also stressed by Parliament), implying distance-based charging,” the Community states in the document.

EU law requires railways to pay distance-based charges for infrastructure use every­where in the EU, fully in line with the user-pays approach. Therefore, distance-based charging (tolling) on all major roads (and not just 25 per cent as currently) should naturally be implemented to comply with the very same principle. The European Commission’s May 2017 proposal for a revised Eurovignette Directive (1999/62/EC) on road charging recognised this, by proposing a phase-out of time-based road charging (vignettes) for heavy-duty vehicles (HDVs, i.e. trucks and coaches) by 2023, thus opening the door for distance-based road charging. The European Parliament, in its first-reading position of October 2018, proposed a vignette phase-out already by 2022. That would support fair competition between road and rail.

Fair competition and the interests of society more broadly would also be supported by external-cost charging for HDVs wherever they are tolled, as proposed by the European Parliament, and by also applying tolls to HDVs of less than 12 tonnes.

Regrettably, however, the Council’s latest Eurovignette text, scheduled to be agreed by EU Member States as their General Approach on 2 December, aims:

Such an approach goes against the ambition to decarbonise transport outlined in the EU policy agenda. Therefore, CER calls Transport Ministers for help in implementing user-pays and polluter-pays in transport by aligning themselves with the European Parliament’s position, or at least the Commission’s proposal for a revised Eurovignette Directive, in particular for art. 7(6), 7(8) and 7c(5).

CER Executive Director Libor Lochman said: “There is no sustainable transport without fair competitive conditions for green modes like rail. CER is, therefore, urging the Member States to revisit their stance on Eurovignette. At their meeting on 2 December, Transport Ministers should pave the way for tolling and external-cost charging on all major roads in Europe.”