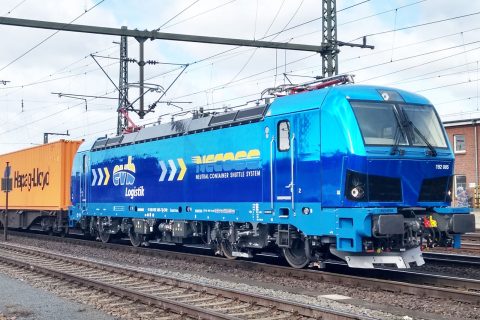 A new multimodal terminal was opened in Horb, Germany, near Stuttgart. The Black Forest Terminal, as it is named, will for now launch train services to the port of Hamburg. Trains will run twice a week, while the route will be operated by the German operator Necoss.

The terminal has two tracks; one is 315 metres long and the other 350 metres. The Black Forest Terminal will be used for the transport of containers, semi-trailers and swap bodies. For the loading and unloading of trains, the terminal is equipped with a crane that can handle a maximum weight of 45 tons.

Sebastian Doderer, CEO of Necoss, announced that the first train that arrived at the terminal had a capacity of 88 TEUs and was 60 per cent full. Horb is located in the German Black Forest, about sixty kilometres southwest of Stuttgart. The terminal wants to play a role in rail transport between Hamburg and Trieste.

According to Doderer, there are plans for a third service to Hamburg. The connection will be announced in the second half of 2023. The German railway operator also considers connections with the ports of Bremerhaven and Wilhelmshaven.

In the fourth quarter of 2023, Necoss aims to connect the Black Forest Terminal with the Italian port of Trieste. To enable this service, Necoss will team up with the Swiss Federal Railways (SBB).