Hupac takes the train from Geleen to South-Eastern Europe

As of 3 March, Hupac launched a new intermodal connection between RTC Geleen in the south of the Netherlands and Wells CT and WienCont terminals in Austria. The new rail line offers further possibilities for links in South-Eastern Europe that can also extend to Turkey. “Our intermodal network extends as a response to the increased demand for intermodal services from/to south-east Europe”, said Renzo Capanni, Director Company Shuttle at Hupac.

The service will start running with two weekly roundtrips that will offer fast transit times. Moreover, customers can also benefit from more connections from the Austrian terminals and reach Hungary, Romania, Bulgaria, and Turkey. Due to this service, Geleen -Vienna’s route will also see a decrease in CO2 emissions by approximately 1,4 tons per shipment, underlined Capanni. 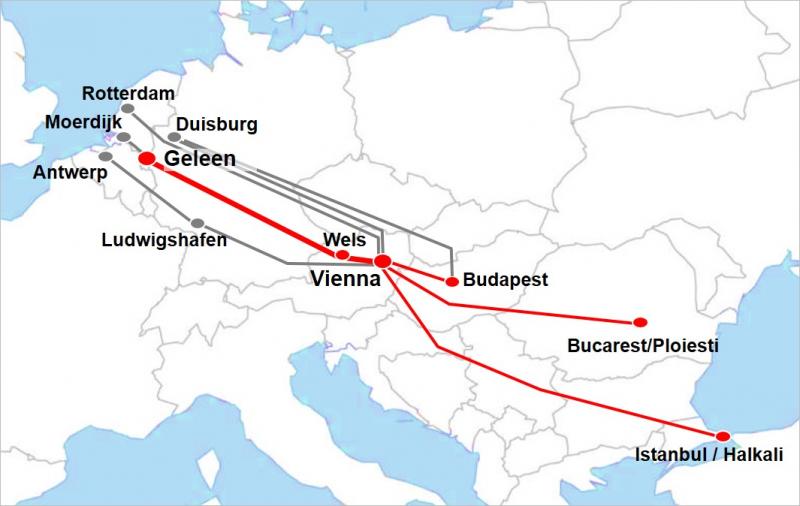 Apart from the destinations mentioned above, other hubs could also benefit from the new rail link. Specifically, Rotterdam and Moerdijk in the Netherlands, Duisburg in Germany, and Antwerp in Belgium can also acquire access to South-Eastern Europe through Austria. Consequently, we see a significant extension of Hupac’s intermodal network in this sense.

Geleen is a small town in the South of the Netherlands, close to the city of Maastricht. It has the Rail Terminal Chemelot that includes an industrial site. In 2019, Hupac acquired the majority of the terminal’s company, and in the spring of 2020, it launched a direct connection with the port of Moerdijk. The service between the two dutch sites runs three times per week. From Geleen, there are rail connections with Padova and Busto Arzisio in Italy. Moerdijk also connects with the United Kingdom via a shortsea line.

On top of that, Moerdijk also presents an intense activity during the past few months. At the beginning of February, it became part of Lineas’ Green Xpress network. Moreover, with the numbers of handled trains almost doubling during the last two years, and with a planned extension of the track at its Combined Cargo Terminal (CCT), Moerdijk looks in the future with ambition. According to the port’s officials, they aim to handle a hundred weekly trains after summer 2021.