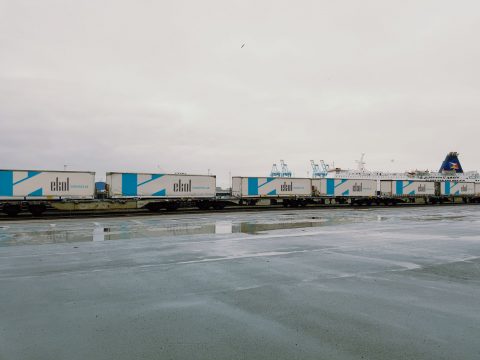 Logistics provider Ekol launched a new train connection from Sete, France to Zeebrugge, Belgium. Moreover, it has increased the number of train connections from Sete to Paris. As such, Sete is set to become a South-European freight hub for the Turkey-based intermodal specialist.

“Our strategy is to have more and more block trains in Europe. With the new connection and increased service we can connect France, the Benelux, Sweden and the UK with South Europe, Turkey, the Middle East and Maghreb. The new route can facilitate future volumes between South Europe and Sweden, or other Nordic countries”, said said Alaa Jennane, the Director of Engineering Business Development of Ekol.

The new Sete-Zeebrugge service substitutes the Trieste-Zeebrugge line, but has more capacity with 44 units per train. The journey takes 22 hours covering a distance of 1,200 kilometer. A train departs twice a week with the capacity of 44 units per train, leaving Sete on Wednesdays and Sundays at 18:30 to arrive at Zeebrugge on Thursdays and Mondays at 16:00. From Zeebrugge the train leaves on Tuesdays and Fridays at 11:30 and arrives on Wednesdays and Saturdays at 7:50.

The service between Sete and Paris has been increased from once a week to twice a week. This journey takes nearly 14 hours. With the capacity of maximum 50 units per train, it is the longest train the logistics company runs. Both services are developed in collaboration with VIIA as the rail operator.

Ekol runs over 50 weekly block train services between Trieste (Italy) and the German destinations of Kiel, Cologne and Ludwigshafen, Trieste and Ostrava (Czech Republic), Sete and Paris (both in France) and Budapest (Hungary) and Cologne. In January this year, it opened a division in Sweden to increase the frequency of its Scandinavia-bound train cargoes.

In addition to railway connections, it provides ro-ro connections between Trieste, Turkey and Iran, connecting the Middle East and European countries as far as the UK. Until recently, Ekol carried out its foreign operations from Haydarpaşa Port, but it has shifted these operations to the newly opened Yalova Ro-Ro Terminal.