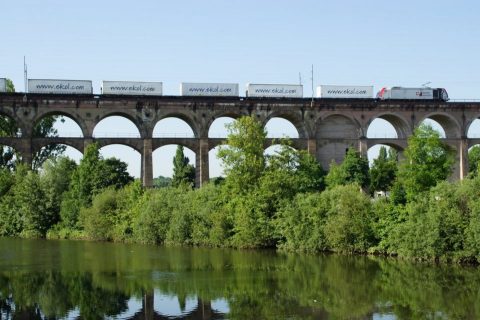 Turkish-based intermodal specialist Ekol Logistics plans to increase the frequency of its Scandinavia-bound train cargoes after opening a new division in Sweden.

Ekol Nordics marks another major step for the company which already operates across Europe, with Sweden now 16th country where it now has a presence. It will initially focus on the retail, automative, electronics, paper and wood sectors.

Wojciech Brzuska, General Manager of Ekol Europe: “Ekol decided to open the company in the Nordics to be closer to its customers in this area and meet their needs even better. It is worth stressing that one of the Ekol block trains runs from Trieste, Italy, to Kiel, Germany, and is dedicated for the Nordic volumes. We plan to increase the number of these trains in the future. This train connects Nordic countries by intermodal way with south Europe and Turkey.”

Jarmo Halonen, Regional Director of Ekol Nordic, said: “We start with our office in the Nordics in Gothenburg, from where we can support the whole Nordic market development. In the next two years we aim to have 30 employees, and our target is to reach 30 million Euros’ turnover by the end of 2020.

“Ekol Nordics will offer international FTL, LTL and groupage transport. In the beginnning, we will connect Nordic countries with Turkey, the Middle East and other countries where Ekol has its own companies. The next stage will be to have connections with the whole of Europe.”

This latest expansion follows last month’s announcement by Ekol that it was opening two new branches in its French division, in Paris and Lyon. Both also offer the potential for expanding the company’s rail freight operations in France.