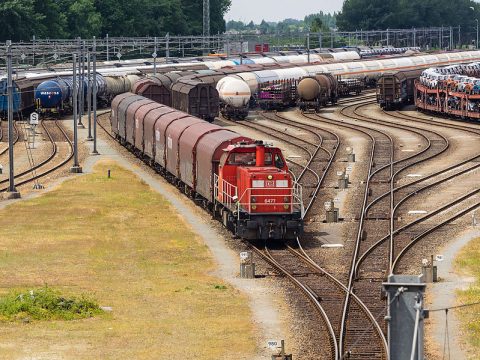 Lineas was discriminated in the allocation of train paths at two emplacement yards in the Netherlands. This was concluded by the Dutch Authority for Consumers and Markets after the Belgian railway undertaking had submitted complaints about unfair treatment. The incidents had taken place at Kijfhoek and Maasvlakte West-West yards in 2020 and 2021.

Lineas’s complaint concerned various capacity allocation decisions made by ProRail, the infrastructure of the Dutch railway network. It concerns the partial refusal of access to the Kijfhoek tracks and the tracks at the Maasvlakte West-West yard for the 2021 annual timetable. The rail freight operator also objected to the redistribution decision for access to the tracks at the Kijfhoek yard in the period from 27 November to December 12, 2020.

On 27 November 2020, ProRail decided to transfer rail capacity from Lineas to DB Cargo, due to a malfunction at Kijfhoek that halved the hilling capacity (hilling is the process used at Kijkhijk for shunting). According to Lineas, the reduced hilling capacity did not result in congestion problems or delays on the Dutch rail network. Nevertheless, ProRail decided to redistribute the capacity, without conducting its own research or consulting foreign rail managers such as DB Netz about the alleged congestion.

According to ACM, ProRail transferred the capacity allocated to Lineas to DB Cargo without a thorough investigation and apparently fully relying verbal communication from DB Cargo. According to Lineas, the problem was not urgent enough to justify a redistribution of capacity on 27 November 2020. According to the market authority, this disadvantaged Lineas in its performance of rail transport.

ACM is of the opinion that ProRail has not been transparent about the procedure to withdraw ad hoc capacity. In addition, the market authority has established that ProRail acted in violation of the Network Statement 2020 by taking the decision to temporarily withdraw Lineas’ capacity at Kijfhoek, without asking Lineas for approval, or giving it the opportunity to start a dispute procedure.

Lineas also disagrees with the way the 2021 annual timetable for Kijfhoek was made. Due to the expected transport increase in 2021, the rail freight operator requested four instead of three tracks. When it turned out that there were conflicting applications, Lineas indicated that it could use three tracks at Kijfhoek, on the condition that ProRail would allocate all six requested tracks at Maasvlakte West-West. According to Lineas, ProRail has omitted this condition from the coordination report.

ACM finds that ProRail has complied with the obligation to investigate how the various applications could be reconciled. For the conflicting applications at Kijfhoek, ProRail also proposed various alternatives within the port of Rotterdam to applicants and discussed them with them. For alternatives outside the port of Rotterdam, the rail manager could rightly suffice, according to ACM, by stating in the coordination file that applicants do not consider them viable.

According to the market authority, ProRail acted in violation of the non-discrimination principle in the eventual allocation of the capacity on the hill tracks, by testing Lineas’s application against priority criterion 2 of the Network Statement 2021 (is there a connecting train path?), while DB Cargo’s application for those tracks have not been assessed against that criterion.

Lawyer Viola Sütő of LegalRail assisted Lineas in this case. “In capacity allocation you equally weigh the interests of all carriers. Lineas was not allocated the capacity it requested because the prioritisation criterion was applied in a discriminatory manner.”

ACM also ruled in favour of Lineas about the lack of transparency of the capacity allocation procedure for the Maasvlakte West-West yard. The market authority indicates that in the coordination procedure for the capacity allocation, ProRail has fulfilled its obligation to investigate how it can reconcile the various applications by consulting the applicants. However, according to ACM, successful coordination also requires applicants to gain insight into the totality of the applications, without neglecting the importance of business confidentiality of the individual applications.

By not including this overview in the coordination file of the Maasvlakte West-West yard for the 2021 annual timetable, ProRail has fallen short of transparency on this point, according to ACM. In addition, ProRail has not demonstrated whether it has made a proposal to Lineas for (viable) alternatives for its application at the Maasvlakte railway yard.

This article was originally published on our Dutch sister publication Spoorpro.nl.