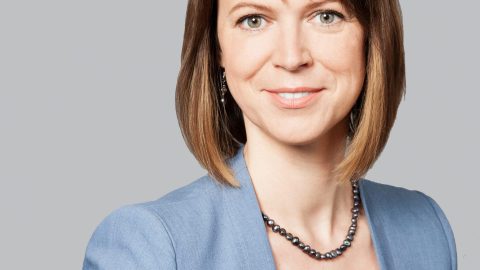 After Egidijus Lazauskas, the former CEO of LTG Cargo, got appointed as the interim boss of Lithuanian Railways, a new face came to fill his position. Eglė Šimė is the temporary head of LTG Cargo, and she brings a lot of experience and enthusiasm to this management position.

After the resignation of LTG CEO Mantas Bartuškas a few weeks ago, the LTG board appointed Egidijus Lazauskas as the company’s new interim chief executive right away. The decision was based on his management style while he was head of LTG Cargo. According to LTG, Šimė shares the same values and can take the freight company a step further.

Eglė Šimė is not new to LTG Cargo. In contrast, she has a rich background in “successfully managing the company’s largest division. Under the LTG Cargo team, Šimė managed the Maxima Group company Franmax, the Ignitis Group companies Verslo Aptarnavimo Centras and the Energy Training Center,” commented Lithuanian Railways.

On her behalf, Šimė mentioned that she accepted her new position because of the trust that the management team of LTG showed to her and because the company is eager to keep diversifying its activities. Challenged by the commitment to these goals, Šimė said that she will focus with her team on two main directions: “the implementation of the diversification of activities envisaged in the strategy and completing the digital transformation of large – scale activities”.

Regarding Šimė’s company development vision, she believes that “opportunities for diversification are opening up due to the intersection of logistics routes in Lithuania between Asian, Western European and Scandinavian countries”. LTG Cargo will continue expanding in Poland and Ukraine while working on launching new international routes, with western Europe, for instance. In this sense, the new Kaunas intermodal terminal, which opened last summer and where two different standards of railway tracks intersect, will play an integral role in the development plans.