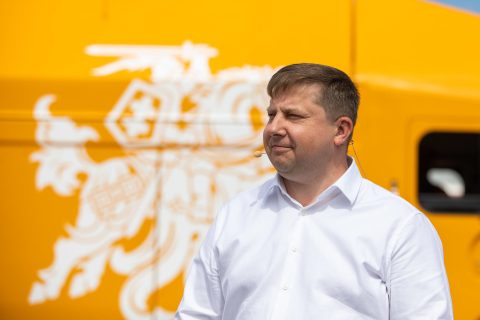 Lithuanian Railways (LTG) CEO Mantas Bartuškas has resigned from his position. After accepting his withdrawal, the LTG board appointed Egidijus Lazauskas as the new interim chief executive.

Lazauskas is not new for LTG. In fact, he joined LTG’s management team in 2017 and served as the CEO of LTG Cargo. He held an important role in managing crises and expanding the company’s ventures internationally. Lazauskas will be the CEO of LTG until a public selection for a new chief executive takes place in the near future. Simultaneously, the company will appoint a new interim CEO for LTG Cargo.

The LTG group based its decision to appoint Lazauskas as the new CEO on his knowledge of foreign markets and the management of the issues with Belarus, and the withdrawal of fertiliser cargo from Lithuania. “E. Lazauskas’ accumulated knowledge about the specifics of foreign markets, as well as Belarus, is extremely significant in the search for a sustainable solution to the current situation, the success of which is vital for the entire LTG Group”, mentioned the company.

On his behalf, Lazauskas stated that he is ready to undertake this new challenge. “Currently, the LTG Group has two major challenges. Firstly, we need to resolve the issue of the transit of Belarusian fertilisers. Secondly, we need to work in parallel to diversify. We are currently concentrating on markets such as Ukraine and Poland and are developing intermodal cargo transportation to Western Europe. As part of an international logistics chain and combining railways of two different standards, we can ensure uninterrupted freight flows to Asia, Scandinavia and Western Europe, so we must seize these opportunities. Together with the team, we are ready to do it,” he commented.

Egidijus Lazauskas has also been among the recent guests of RailFreight Live. You can watch the discussion with him in the video below.