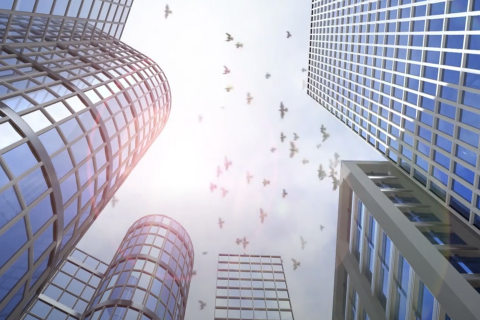 Tarmac, one of the largest customers of rail freight in the UK, and their rail freight partner DB Cargo UK have announced an environmentally sustainable fuels initiative. The delivery of construction materials on a key strategic route will be powered entirely by renewable fuel, they said. The announcement is a commercial culmination of extensive trials conducted by DB Cargo UK, using hydro-treated vegetable oil (HVO), to fuel examples of its normally diesel powered locomotive fleet.

Tarmac and DB Cargo UK have confirmed that environmentally friendly hydro-treated vegetable oil (HVO) will be fuelling all freight trains running between Tarmac’s Mountsorrel site in Leicestershire in the English Midlands, and its rail-fed asphalt plant in the centre of Birmingham. They say the move represents part of an ongoing commitment to supporting the sustainable delivery of the UK’s infrastructure ambitions. It is a move towards the Uk government-mandated commitment to a net-zero carbon economy by 2050.

DB Cargo UK has been involved in extensive trials with hydro-treated vegetable oil (HVO). They have been using the fuel source to power examples of their existing diesel fleet, and monitoring performance by DB Cargo UK estimate that as much as 90 per cent of carbon emissions can be eliminated by using HVO fuel compared to traditional red diesel.

Commercial sources claim is that HVO represents one of the greenest fuels currently available to the market. The fuel is made synthetically through the hydro-treatment of vegetable oils or animal fats, which significantly lowers the amount of carbon dioxide and nitrogen oxide emitted when used in diesel engines.

With their own corporate initiative towards reducing the environmental impact of their operations keenly in focus, Chris Swan, head of rail at Tarmac and a frequent contributor to RailFreight Live, welcomed the move. “We are constantly looking to explore and adopt new innovations that support efficient and sustainability delivery, allowing us to move the right materials to the right place for customers. Developing our rail freight capability and capacity is key to our operations and aligns with the national agenda to deliver a low-carbon built environment.”

Roger Neary, head of sales at DB Cargo UK, described the adoption of HVO as catalyst for change in its own right. His company has already signed up customers using HVO, such as Tata Steel in South Wales, but sees this Tarmac deal as commercial breakthrough. “Rail freight is already a much greener alternative to road haulage, so to reduce our carbon footprint even further will, I hope, make businesses re-evaluate their own transport strategies.”

In line with its national legally binding commitments, the UK government has set the rail industry a target of achieving net zero carbon emissions by 2050. Swan added that the rail freight sector can work with willing customers like Tarmac in the fight to cut carbon emissions and reduce air pollution. “Rail freight is becoming increasingly important for our sector and the adoption of new, sustainable fuels will further help to drive down emissions.”

Tarmac continues to develop its rail freight capabilities, as part of a wider commitment to reducing carbon-dioxide from transport across the whole business. The company is one of the UK’s largest users of rail freight and currently transports more than nine million tonnes of construction materials by rail across the UK each year.