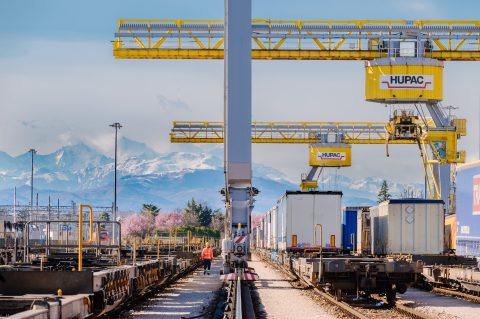 Hupac will launch a new direct container service between Italy and China on 28 November. The service will connect Milan with Suzhou, 100 kilometres west of Shanghai. The transit time is expected to revolve around 25-28 days.

The Swiss company already announced that more departures will be scheduled in December. The train will cross Austria, Germany, Poland, Ukraine, and Russia before entering China via Manzhouli, in the northeast. Hupac did not provide further information as of yet.

China-Europe: not only Hupac and not only Italy

Hupac is not the first company that launched new rail freight services linking Italy to the New Silk Road in 2022. In May, for example, Contship Italia and Bahnoperator launched a new route connecting Milan with Xian, in central China.

Moreover, there have been recent developments when it comes to connections from China to Europe in general. Last week, for example, a train from Xian to Duisburg took only 10 days thanks to a newly established fixed timetable on the route. With this timetable, the train operates as if it is a long-distance passenger train.