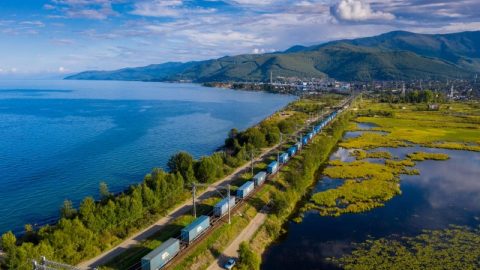 Transport volumes between mainland China and Russia have growth potential. The same applies to the volumes between Chinese and Russian Far East ports with an extension to rail. TransContainer aims to boost them even more with a memorandum of understanding with two Chinese rail companies.

The Shanghai and Hubei rail platforms will be TransContainer’s new partners, and their cooperation will be in effect as of December 2021. “The partnership with Shanghai and Hubei Province rail platforms will enlarge our presence on the Chinese market and will promote further boost of cargo transportation volume between Russia and China as well as transit cargo transportation volume,” explained Vladimir Khlutkov, Asia-Pacific business development director at TransContainer.

The memoranda of understanding will have tangible results very soon. Specifically, the agreement between TransContainer and Shanghai’s Orient Silk Road Transport Service Inc. will “stipulate cooperation in the sphere of rail transportations from Shanghai to Russia and back,” said TransContainer.

The two partners already have plans for three monthly block trains that will depart from Shanghai to Russia. If everything develops positively then, this number will increase substantially. “Due to the cooperation with the Shanghai rail platform, we will dispatch up to 3 block trains loaded with Chinese cargo a month. If the trend remains positive, the number of block trains can be increased up to 10-15 block trains a month,” highlighted Khlutkov.

The trend that sees companies investing in the Russian Far East ports to increase rail freight volumes on the way to Europe is confirmed once again by TransContainer’s move. The second memorandum of understanding was signed between the company and the Wuhan Trans Best Supply Chain Technology Co., Ltd., a Hubei Province rail logistics company, and aims precisely at this.

The two companies will work together to boost multimodal transport between Chinese and Russian pacific ports. The number of services to launch is not known yet; however, the collaboration is indicative of the demand and potential that multimodal services will have along the New Silk Road.

Russia and the investments in Far East ports will also be among the leading themes of this year’s European Silk Road Summit taking place on 7 & 8 December in Amsterdam, the Netherlands. The event is only 21 days away, the programme is ready, and some very interesting speakers and sessions are lined up. Interesting in taking a look at the programme? You can do it here. Ready to buy your ticket? You can find it here.