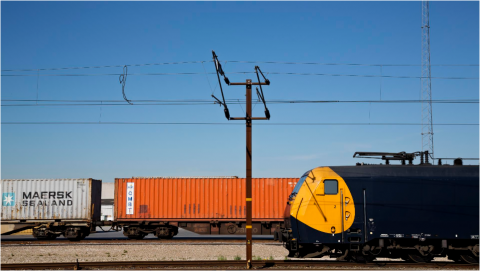 From the 1st of October Danish freight operators can apply for the European funding scheme to install onboard ETCS equipment in their locomotives. They have until the 31st of October 2020 to submit their application, but grants will be allocated on a first-come-first-serve basis and are thus subject to availability. The Danish railway infrastructure will be completely converted to an ERTMS signaling system in the next four years.

In July this year the European Commission announced that it had approved a Danish scheme to support rail freight operators in adapting their locomotives to the future signaling system. In doing so, it allocated 55 million Danish Krone (7.4 million Euros) to the programme, covering a maximum of fifty per cent of the eligible cost of conversion. The costs for onboard ETCS equipment is capped by the EU at 250,000 Euros.

A grant of up to 1,2 million Danish Krone (161.2 thousand Euros) will be allocated to equip the operator’s first locomotive (first-in-class installation), and up to half a million Danish Krone (67.2 thousand Euros) for each subsequent unit. The scheme covers both ETCS equipment and the purchase of specific transmission modules (STMs), reported the Danish infrastructure manager Banedanmark.

Denmark is the first country to completely convert its national railway network to the ERTMS standard. The Danish government announced the measure in 2009, specifying it would upgrade the network to ERTMS level 2, baseline 3. It is a much needed measure given the state of obsolescence of parts of the network, said the European Commission. The Danish railway is part of the Scandinavian-Mediterranean Corridor, running from Sweden (via the Öresund bridge) to Germany.