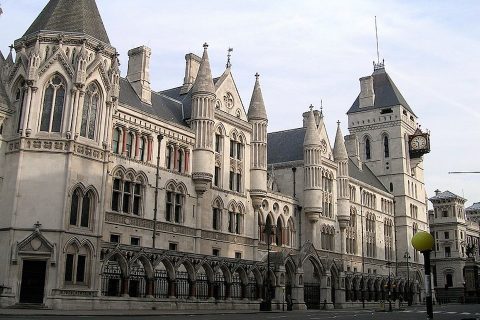 HS2 seeks the biggest injunction ever in English law

HS2 Limited is going to court to ask for an injunction which could be the biggest in English legal history. The move directly responds to a catalogue of protest, incursion, trespass and disruption, which some auditors say has cost the company hundreds of millions of pounds. The company has been plagued by highly disruptive disputes and demonstrations, which have fuelled a campaign waged by protestors to discredit the project. It would seem the company has had enough and is resorting to the courts for a blanket order which will stop any further physical disruption before it even begins.

At the High Court in central London on 26 May, legal representatives of the HS2 Company formally presented judges with their written submissions asking for an injunction – a ruling preventing named individuals and other bodies from physically approaching the entirety of the HS2 site. According to observers, the area affected and the potential numbers of people excluded make this the largest injunction in English legal history.

Campaign of persuasion and direct action

The High Court represents the topmost level at which civil proceedings can be presented in England. The burden of proof is quite rigorous, requiring a solid case to be made. Legally, only the Court of Appeal and the Supreme Court exist above that, making this a high-risk strategy for HS2. However, the company has a great deal riding on success.

Construction continues to be harassed by protestors. Notable locations include the rural parts of Buckinghamshire, just north of London, where prominent environmentalists – such as the TV presenter Chris Packham – have waged a campaign of both media persuasion and direct action. With works expected in densely populated Greater Manchester and through the affluent county of Cheshire, the company is seeking to put a legal barrier between them and further protest.

An injunction against the whole world

Their actions have not, however, met with ringing praise. Speaking to the BBC, Baroness Shami Chakrabarti, a British Labour politician, barrister, and human rights activist, said the injunction terms were far too broad and posed a threat to liberty far over any reasonable necessity. “It’s not something to brag about, that you are seeking the broadest injunction in legal history”, she said. “They’re seeking an injunction against the whole world.” She claimed that the HS2 challenge had to be seen in a broader context of legislation being brought forward to limit protest and public gatherings in general.

Organised protest groups are, not surprisingly, angry at the legal move. “HS2 Limited are seeking impunity from all protests through a route wide injunction, criminalising anyone who steps on land in possession of HS2”, says one such group HS2 Rebellion, who have been noted for ‘digging in’ and making physical barriers to work. “They are seeking an end to lawful protests against HS2, including protest camps, actions against HS2 and monitoring of HS2’s activities”, they say. “They are also creating a dangerous and risky situation for anyone who walks, lives and exists around the area owned by HS2.”

HS2 has not formally commented on the matter, confining today’s public engagement to news of establishing new wildlife habitats in Warwickshire as part of their extensive environmental mitigation efforts along the route. Recourse, however, to government sources shows the vast quantity of legal submissions made – over 3000 pages detailing the case that asks for the injunction.

“We’re really pleased to see such an array of wildlife in our mitigation sites”, said James Hicks, their Biodiversity Policy Specialist. “The density and range of the wildflowers in the area are especially exciting, showing how translocated soils regrow, including ground fauna from the ancient woodland. Through our extensive environment programme, we aim to leave behind habitats that can sustain healthy UK flora and fauna populations, creating a network of bigger, better-connected, climate-resilient habitats and new green spaces for people to enjoy. Over 100 new wildlife habitats across Phase One are already ensuring HS2 protects the country’s precious biodiversity and leaves a lasting legacy for local communities.”

As a High Court case, the submission will be heard before a judge only, deciding on the case. There is no jury involved and no specific deadline for a ruling. 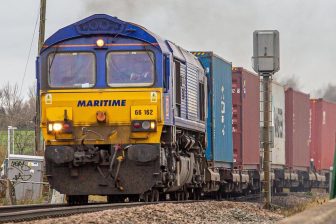