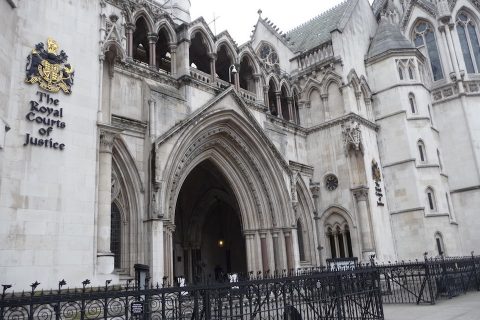 Appeal against UK’s high-speed line HS2 to be heard

An appeal is to be mounted against a court ruling that favours the continued development of HS2, the high speed rail project to connect London with Birmingham and the north west of England. The announcement comes as the GBP100bn (euro 116bn) project is questioned in the face of changed work and travel patterns due to the coronavirus crisis. The company building the line says there is far more benefit in the long term to be gained from the line.

An application for an injunction to stop enabling and clearance works related to HS2 destroying ancient woodlands, was also dismissed. Legally, that removed the objections, but still allowed Packham the right of appeal, which he and his legal team have exercised.

The company building the line has always defended its environmental credentials, and its economic benefits. “HS2 will improve the existing railway network by releasing capacity for local passenger and freight services”, says their statement. “This will take hundreds of thousands of cars and lorries off our roads every year, reducing carbon emissions and improving air quality”.

However, air quality has improved dramatically in the weeks since the UK coronavirus lockdown. Road traffic is, according to some studies, currently suppressed back to levels not seen since the 1950s. Some say rail traffic levels are back to the 1850s. Air quality, especially in UK cities, is showing industrial particulates down to historically low readings.

Revolution in the transport geography

With passenger rail traffic suppressed by over ninety percent, according to a statement from the UK transport secretary, freight has become the significant generator of emissions on the railway – albeit at a very low level. Broadcaster on environmental issues, Tom Heap, told BBC radio listeners that he thinks we could be seeing a revolution in the transport geography, not just of Britain but of the whole world. He says that changes in work patterns, that impact on travel, threaten investment in HS2. “We are not necessarily going to see the same increases in passengers that have been predicted”.

However, the UK government still expects to see a significant modal shift towards rail in years to come, meaning new capacity will still be needed. “By freeing up space on existing lines”, HS2 says the project helps ease congestion for all rail traffic, including freight on the busy West Coast Main Line. “HS2 will allow more trains and fewer delays along this route. Freight transport will also benefit from this”.

Environmentally though, Doctor Tamsin Edwards, a geographer and climate change expert form Kings College in London, says that a fundamental change in work practices may not actually make that much environmental difference. She says that even if we quit all business travel by air in the UK would reduce carbon emissions by just 2.5 percent. “Five percent of carbon emissions being from business-related car journeys”. For context, all rail movements account for just 1.4 percent of travel related emissions, according to government figures.

Dr Edwards did cast a word of doubt over the project, given the changed circumstances expected after the coronavirus crisis is over. Also speaking to the BBC, she thinks there may well be less demand for face to face business, and consequently less demand for travel than anticipated. “I looked at the HS2 case documents. There is a real assumption that the demand will keep growing and that face to face is essential and cannot be replaced. This perhaps questions that whole premise, that physical connectivity and shorter journey times are essential for economic growth”.

However, HS2 states that the benefits of the project extend far beyond the extra capacity that the line will bring to the rail network. “HS2’s vision is to be a catalyst for economic growth across Britain”, they say. “The railway is being built to help get the best out of Britain. By vastly improving connections between cities and regions, HS2 will bring people, their skills and businesses closer together, opening up markets new and old, and creating a more balanced economy for the whole country”.

Given that legal processes and construction work, along with every other aspect of the economy is likely to be affected by the current crisis, it seems that resolution for either side of the argument remains some way off.