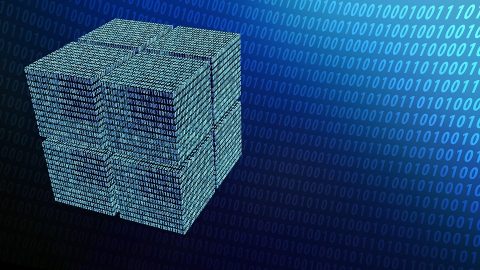 Cargo theft from containers has always been a headache for rail professionals. However, logistics security has been improving in the past years mainly due to the deployment of innovative technologies. Smart containers are now the new hit and present various opportunities for anti-war, anti-drug, anti-human trafficking and loss reduction solutions, according to companies like DB Schenker, Traxens and Nexxiot.

The companies shared their views during the event Intermodal Europe 2022. Malena Payeras Pérez, IoT product manager from DB Schenker, said that container trackers can enhance international logistics security and theft in several ways. Besides theft, trackers can contribute to resolving other critical issues like drug smuggling, human trafficking and compliance with sanction rules.

Cedric Rosemont, CMO of Traxens, presented the prospects of smart containers being widely used in the future of drug enforcement activities. According to him, at present, there is only a two per cent probability of customs inspection of goods, and drug smugglers can easily carry drugs in containers. However, the benefit of smart containers is that they can monitor the abnormal opening of the door in real time, and the customs can also conduct spot checks in a more targeted manner.

Philipp Spoegler, CFO of Nexxiot, explained that in addition to anti-theft and anti-drug properties, smart containers could also help the government effectively combat human trafficking. Human trafficking in containers is no news, but how is it possible to tackle the problem apart from regular container checks?

Spoegler stressed that in addition to photosensitive probes, state-of-the-art technology can also achieve carbon dioxide detection. By detecting the concentration of carbon dioxide in the container, the tracker can directly alert the logistics operator or customs to check the activity in the container. This could stop containers from departing the station and save human lives.

Mistakes and accidents during terminal operations or transit frequently result in substantial economic losses for customers. “A Swiss customer of ours loses 20 million euros a year because of damaged cargo in containers,” said Spoegler. Can the application of smart containers reduce these losses? It can “reduce losses by 20-25 per cent,” underlined Spoegler.

He also elaborated on how monitoring abnormal data can reduce the losses of logistics companies. Whenever a container is subjected to abnormal events, such as falling or dumping, the container equipped with the smart tracker can transmit the shock data in real-time. If anomalous data appear regularly, the operator can conduct targeted investigations to identify which depot produces irregular operations, change the operation strategy, and improve the freight process to reduce losses.

A solution for turbulent times?

Spoegler continued explaining how smart containers could even be used in anti-war scenarios. Through real-time detection of containers and big data analysis of shock data, it is possible to effectively infer whether the goods have been processed improperly at a specific station or node. In this way, it’s easier to determine whether sanctioned goods, for instance, have been loaded in the container. Nevertheless, there is still no concrete case proving this idea in practice.

Is the future promising or not?

Accessing more affordable smart trackers is also a concern for many logistics operators. Without many trackers to build up an extensive Internet of Things, combining big data monitoring and the application scenarios described above would be impossible.

As Spoegler said when referring to anti-war applications, most containers carrying illegal cargo subject to war sanctions are not equipped with smart trackers. As a result, popularising smart trackers, making them more accessible and using them to extend the Internet of Things and its applications will be one of the leading logistics trends in the future.

This article was originally published on our sister publication RailFreight.cn.