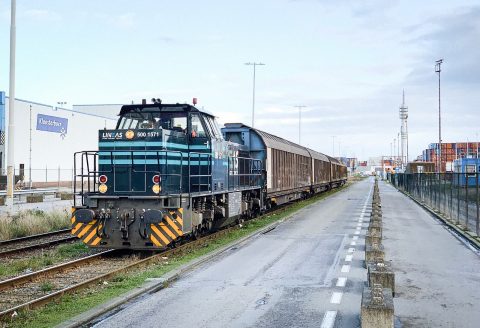 Alstom, Lineas and ProRail will start test drives with fully automatic shunting in 2021. The parties announced this on Wednesday 15 July. It concerns Automatic Train Operation Grade of Automation 4 (GoA4). The tests are carried out with a diesel-hydraulic shunting locomotive of rail freight carrier Lineas and take place on a shunting yard in the Netherlands.

The parties signed cooperation agreements for this in June. The experiment will investigate whether fully self-propelled shunting locomotives can contribute to an optimisation of the train operation. It is expected that this technique can result in a more cost-effective and sustainable operation.

Alstom will equip a Lineas diesel-hydraulic shunting locomotive with automatic control technology and intelligent obstacle and environment detection. Tasks such as starting and stopping, coupling trainsets, checking traction and braking and intervention in emergencies are fully automated. Apart from the employees who test the safety protocol, there will be no active personnel on board the train.

“This project paves the way for a fully digitised rail network. The tests will help the European rail system to benefit from increased capacity, lower energy consumption and lower costs, while increasing operational flexibility and improving punctuality. The test is fully in line with Alstom’s strategy to deliver added value to our customers in the form of smart and green mobility”, said Bernard Belvaux, General Manager of Alstom for the Benelux.

According to Alstom, automation of the train operation leads to “capacity increase, cost savings, energy savings and operational flexibility”. Since the speed of human response no longer has to be taken into account, automated trains can run closer behind each other, so that network capacity can be better utilised.

In addition, trains operate in a more uniform manner, enabling more effective energy consumption. The degrees of automation (GoA) range from Level 1, where the operator drives and is supported by safety and advisory systems, to Level 4, where the train is driven fully automatically without crew. Railway automation is a means for the rail sector to increase the productivity of their rail services, without expensive infrastructure expenditure.

In recent years, various tests have been carried out in the Netherlands with Automatic Train Operation (ATO) level 2. Arriva and NS did this with passenger trains, of which Arriva has also run with passengers. Tests were carried out on the Betuweroute with a freight train from Rotterdam Rail Feeding under GoA2. It will be the first time in 2021 that a fully self-driving train (Goa4) will be used in the Netherlands.