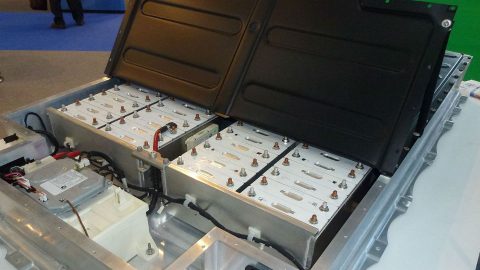 The rail transport of dangerous goods between China and Europe will be permitted before the end of this year. The Chinese government is currently reconsidering the restrictions on this type of cargo, with the aim of enabling export as well as import of products that contain dangerous substances. This was confirmed by two trustworthy carriers on the New Silk Road.

“The rail transport of dangerous goods will be possible to and from China by Q4 of this year”, said Rien Gulden of DB Schenker, a carrier with at least eight years of experience on the New Silk Road. The same was said by Wanxu Dong, General Manager of BTE, another rail carrier between the continents. “The restrictions are currently reconsidered, and most probably it will be made possible to shift dangerous goods by rail this same year”, he said at the RailFreight Summit in Gdansk this May.

If these announcements are turned into policy, it means a breakthrough for the Eurasian rail freight market. A year ago, the possibility of transporting dangerous goods seemed a world away, due to the firm stance of the Chinese government on the issue. The risks were too high and the stakes too low, but this has all changed due to the upcoming market of the electric transport industry.

DB Schenker and other companies have actively lobbied for the lifting of the restrictions in China in recent months. “It was not just us as carriers, but also shippers and logistics companies have made their case. This is a profitable business for a lot of parties involved.”

According to Gulden, the transport demand of car batteries is westbound as well as eastbound. China hosts many factories producing the batteries designed for electric cars, which are often assembled in Europe. For example, several Chinese car manufacturers have recently confirmed plans to establish a branche in Hungary. “BMW, Audi and Mercedes will start manufacturing products here, and all of these companies have plans to produce electric cars’, said Gyuri Firbás, logistics consultant to the Hungarian government.

At the same time, a large car battery factory is planned to be constructed in Erfurt in Eastern Germany. “This factory is in close proximity to the New Silk Road; it only makes sense that these products will be transported via rail on this route”, said Gulden.