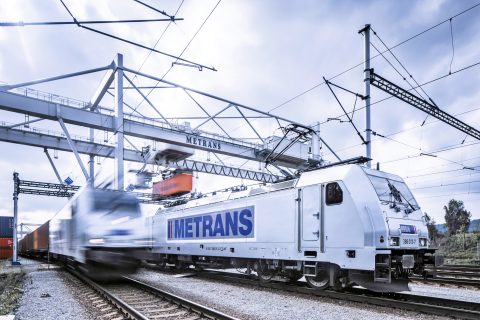 Slovakia aims to become an important transit country on the New Silk Road. To be precise, it wants to acquire a share of at least fifty per cent of all railway traffic between Europe and China, and it is able to facilitate such volumes. The railway network has sufficient unused capacity, and an even larger spare transloading capacity, the government points out.

The advantage of the route through Slovakia is that it offers spare transloading capacity of approximately ninety per cent, in addition to sufficient free capacity for the transit of trains through Slovakia. Slovakia can handle about 25 more complete trains per day, the Slovak Ministry of Transport and Construction pointed out.

Slovakia is strategically located between the continents, and therefore on the Eurasian railway network. Bordering Poland in the north and Ukraine in the east, it is positioned to attract traffic on multiple routes. But the country holds another important advantage; it is one of the few European countries where broad gauge (1,520 mm) and narrow gauge (1,435 mm) come together. Capitalising on this advantage, it has a transshipment facility at the border with Ukraine, forming a new gateway to the European railway network. 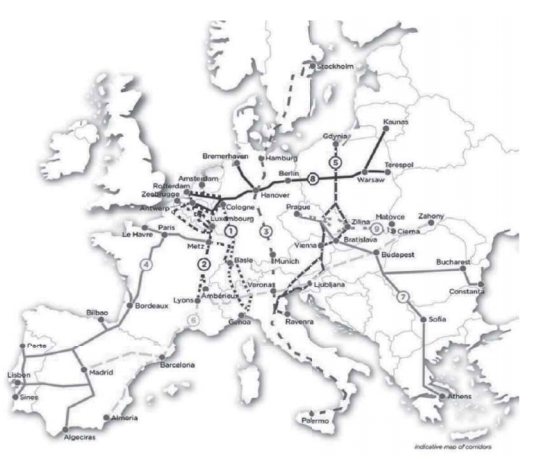 Košice as a hub

But the facility in Dobra is not the only terminal the government is betting on. Currently, it is preparing for a major upgrade of the facilities in Košice, where the broad gauge currently ends. In the upcoming hub, it plans for the construction of a new intermodal terminal and the global logistics and industrial park (GLIP). “We will work on further joint steps in order to boost the status of Košice region and Slovakia as a transit country”, Košice regional governor Rastislav Trnka was quoted in News Now, a Slovak media site. He added that Košice region offers enough rail transport capacity, including a higher rail transport speed than Poland and Hungary.

Moreover, the Austrian, Slovak and Russian governments have discussed extending the broad gauge line from Košice to the Vienna area. The feasibility study has been completed and preparations are made for the official permits to commence with the Slovakian project section. According to Russian media, construction should commence by the end of this year. To this end, the broad gauge railway line between Maťovce and Košice will be modernised, providing for an expected growth in traffic volumes.

And there are more such projects. In the Slovak town of Žilina a new intermodal terminal will be constructed, as well as in Leopoldov. In Bratislava, a tri-modal terminal will be built. “The Slovakian ministry wants to make Slovakia an alternative choice of transit after Poland. It is, in every sense, preparing to be the logistic hub on the New Silk Road. With such government support, I believe the country will become very important in the near future”, Martin Koubek of train operator Metrans said.

According to him, common destinations for traffic transiting through Slovakia are Hungary, Austria and Czech Republic but also further on to Germany, the Netherlands, Italy and Slovenia. Slovakia is part of three European corridors, with connections to its terminals in Dobra, Bratislava, Žilina and Košice. With the construction of the Belgrade-Budapest line it will be linked to the main Adriatic ports, and it directly borders Poland, which is still the main European gateway for Eurasian traffic. But of strategic importance is the establishment of the route via Ukraine.

Transit through Slovakia via Ukraine has long proven to be challenging due to ongoing political tension between the country and Russia. A little more than a year ago, it was not possible to transit cargo through Russia, if it originated from Ukraine. The train would have to transit through Belarus first. But as of June 2017, the journey via Ukraine into Russia has been possible, as was proven with the successful launch of the Budapest-Changsha service.

“There is no difference between Belarus and Ukraine. The routes go via Moscow and than south. In case of Ukraine, trains transit through the western part of the country, which is not affected by the geopolitical situation and is thus safe”, said Koubek. According to the Slovakian Economic Review of January 2018, the launch of the Budapest-Changsha line resulted after a year of negotiations between the Chinese, Russian, Ukraine and Slovak governments, aiming to open up traffic on this route.

According to the ministry, the Slovak projects were included by the European Commission in the list of projects earmarked by the EU-China Connectivity Platform, indicating the backing of the EU institution. At the same time, Slovakia relies heavily on Chinese funding, with participation of the Chinese government in projects such as GLIP.
“Financing and implementation of the projects will be either through a PPP project or through private investment. Currently, there are several applicants for construction from Europe and from China as well”, the ministry said.

“Our government has adopted the Concept of the Development of Relations with the People’s Republic of China, where the ‘Transport’ section also defines possible infrastructure projects to support the traversing of trains between China and Europe via Slovakia.”

With this last remark, it hits the essence of the critique of the EU Commission, which aims for European cooperation through a centralised platform.

“We believe that the best way to tackle long-distance transport challenges is to develop an inclusive approach in a multilateral framework, like the EU-China Connectivity Platform, rather than to multiply bi-lateral cooperation agreements which might not always been well coordinated in terms of priority setting”, said Maja Bakran Marcich, Deputy Director-General of the Directorate-General for Mobility and Transport (DG MOVE) earlier.