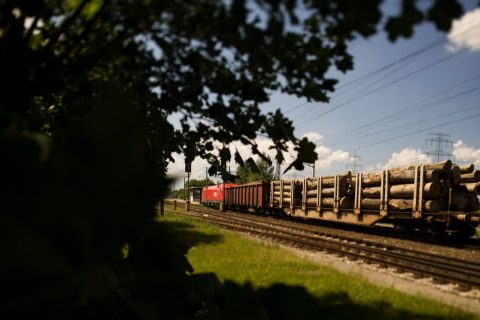 The European Commission objects to the plan that will see an extension of the broad gauge railway line from Slovakia to Austria. Meanwhile, the project is about to enter the next phase, moving closer towards the realisation of the ambitious project, according to the Austrian Federal Railways (ÖBB). Construction may commence by the end of this year.

In February 2018, the Austrian Federal Railways (ÖBB) and the Russian Railways (RZD) signed a cooperation agreement, supplementary to the 2011 agreement which provides for the development of cooperation in the markets of third countries. The broad gauge railway line, also called the ‘Russian gauge’ currently runs via Ukraine to Košice in Eastern Slovakia. The parties would like to see an extension of the line to Vienna.

“It is now planned to extend the single-track route from Košice to Parndorf, for example, in order to make the greater Vienna area an intermodal hub for goods from the Russian and East Asian regions and to better open up this area for European goods”, explained the ÖBB.

The feasibility study has been completed. Next, preparations are made for the official permits to commence with the Slovakian project section, and, to involve the public, in particular the affected federal states and municipalities, the Austrian railway company outlines. According to Russian media, the Russian Minister of Industry Denis Manturov said that the project is at the funding finalisation stage, and construction should commence by the end of this year.

While the Austrian and Russian parties are well underway realising the new railway track, fierce criticism has been expressed by the European Commission. The project would in effect benefit of a few companies, rather than the railway sector as a whole, which is in clear breach of the rules of the single European rail transport market, said Maja Bakran Marcich, Deputy Director-General of the Directorate-General for Mobility and Transport (DG MOVE).

“In the EU, through the TEN-T policy, we are promoting a certain number of standards to ensure a free and equal access to the market to all EU companies”, she explained. According to her, the plan to extend the broad gauge to Austria does not fit within these ambitions and money must be invested in a different manner, such as developing solutions which would help overcome the technical differences between the two gauges. “There are already good examples of such solutions in passenger rail between Spain and the rest of the continent.”

The extension serves the Austrian economy, admits the ÖBB. “An important and intermodal European freight terminal would be created on Austrian soil, analogous to the large ports, combined with new jobs and corresponding added value.The macroeconomic advantages are estimated at approximately 127,500 annual job equivalents and an added value of approximately 16 billion Euros for Austria as a business location.” At the same time, such a terminal could only be built in the TEN-Network, as the terminal would not only be connected to the Austrian railway network, but also to the motorway network, the company commented.

“Most of the goods to be redistributed throughout Europe would be transported by rail. The feasibility study shows an additional freight traffic volume of approximately 20 million tonnes per year by 2030, expected on the railways in the Vienna area.” Moreover, it boosts trade relations between Europe and China, the company continues. The route via Austria, Slovakia and Ukraine to Russia and China onwards is increasingly gaining importance on the New Silk Road and this railway line would only improve these connections.

“The ÖBB-subsidiary Rail Cargo Group is active on all three routes of the New Silk Road – the north, south and maritime route. Our goal for this year is to run 400 trains between Asia and Europa – we are on target and convinced that we will reach this ambitious goal”, the ÖBB said.

“Because of its geographical location, Austria is an important hub for international transports. For example, the Vienna South Freight Centre, which was opened on the southern edge of Vienna in December 2016, is considered to be the main railway station for intermodal freight services. Together with strong partners the RCG runs a comprehensive network of end-to-end-logistics in Europa and beyond to Asia. Thus, we connect European conurbations with ports and economic centers in Russia, Turkey and China.”

With the feasibility study, the construction costs for the approximately 400-km long, single-track, electrified plug from Košice to the Vienna area have been calculated at approximately 6.5 billion Euros. Among other things, forty km of tunnels and a bridge over the Danube are necessary.

However, details about the funding have not yet been revealed, and with the current stance of the European Commission the project is unlikely to receive the backing of Brussels. “We believe that the best way to tackle long-distance transport challenges is to develop an inclusive approach in a multilateral framework, like the EU-China Connectivity Platform, rather than to multiply bi-lateral cooperation agreements which might not always been well coordinated in terms of priority setting”, said Marcich, commenting on the developments. In defense, the ÖBB urges the EU to form a united front, countering an expanding influence of China in Europe.