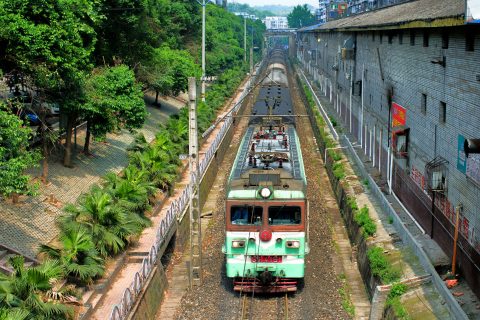 New Silk Road without subsidies: what does it look like?

Published on 04-07-2018 at 08:08
Train on Chongqing railway. License link: https://commons.wikimedia.org/wiki/File:Chengdu-Chongqing_Railway_in_Jianyang.jpg

The volumes of traffic on the New Silk Road are greatly dependent on the Chinese subsidies, yet these subsidies are filled with ambiguity. Few people seem to know how much longer they remain in place. When discontinued, Eurasian transport per rail may no longer be a sustainable option, some have argued. What do we know about the Chinese subsidies?

There are voices that say the subsidies could be discontinued as soon as 2020, suggested Andreas Schwilling of research institute Roland Berger. Speaking at UIC’s Global Rail Freight Conference last week, he noted that the exact date is not clear at the moment. Roland Berger wrote in its Study Eurasian Rail Corridors 2017 that certain provinces have planned to subsidise the train operations to Europe until 2020, for example Wuhan.

Effect on the numbers

What is certain, is that the discontinuation of subsidies will affect the growth rate of traffic volumes on the New Silk Road. Schwilling called it the factor of influence with the highest uncertainty. The main factors driving growth are a boost of trade and demand, efficiency gains along the transportation chain, infrastructural improvements and elimination of bottlenecks and the development of the Chinese subsidies, in order of increasing uncertainty, he pointed out.

“Transport of cargo along the New Silk Road is simply not sustainable without the Chinese subsidies”, stated Alain Baron of the Directorate General for Mobility last month at the Rhine-Alpine Corridor Conference.Schwilling did not go as far as this, but suggested that it would change the dynamics considerably. “The route will remain profitable for shipments where time plays a role”, he said. “For these shipments, the price difference is justified.”

Subsidies vary per region, but are estimated to be in the range of 1000–2,500 US Dollars (853-2,133 Euros) per TEU. This comes down to subsidies of around 100,000 US Dollars (85,317 Euros) per train. The costs of running a train to Europe runs into several hundreds of thousands. Hence, the subsidies cover 20-60 per cent of the operation costs of putting a train on the rails to Europe.

Subsidies are either paid out to logistics platforms, which offer subsidised prices to shippers and forwarders. Or the shippers and forwarders receive the subsidy for their shipment directly, a model preferred by big shipping companies. In either way, the subsidies are managed by regional governments such as Chongqing, Chengdu, Wuhan, Yiwu and Zhengzhou, explained Roland Berger in its report.

Although more and more trains depart in eastward direction, westbound traffic is still dominant. As a result, rolling stock often gets stuck in Europe and this costs money; either for storage or the return of empty equipment by rail. The Chinese government therefore subsidises the return trip at a higher rate.

“Following an equal trend in deep sea freight transport, eastbound traffic requires more incentive and thus, market prices along this route are lower than in the other direction. While eastbound freight rates are subsidised by about fifty per cent, in the direction of Europe this accounts for 25 per cent”, explained GETO, a Swiss organisation representing the interests of European operators in an earlier interview. The general belief is that due to this policy, the balance will become more stable, enabling train services to operate without subsidies.

For 2027, a total rail potential of around 636,000 TEU is forecasted. This can roughly be translated into 21 trains per day, following the assumption that each train carries 82 TEU, the Roland Berger report reads. Last year, rail transport between Europe and China amounted to 240,000 TEU, or 8 trains per day. These numbers indicate a steep growth in volumes over the three preceding years; traffic on the corridor increased by 113,7 per cent.

Volumes could further be increased by a reduction in transit time and increased punctuality, Schwilling pointed out, as time is an important selling point of transport by rail. Moreover, new destinations or markets will be added, including that of western China, he continued. At the same time, freight rates for ocean shipping have fallen significantly since 2011, and prices for rail transport are now three to four times higher than ocean shipping. Also, economic growth rates in China cooled down and trade between Europe and Asia stagnated, the researcher said, emphasising that there is still room for efficiency and quality gains.