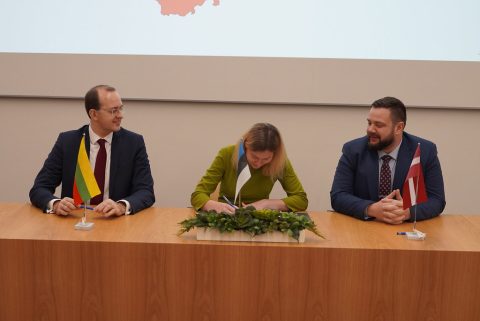 The ministers of transport from Estonia, Latvia, and Lithuania met for the first time in four years to discuss the ban on the transit of Russian and Belarussian goods on 23 January. Estonia, via its rail freight operator Operail, has already applied a national ban since 1 January 2023. However, Latvia and Lithuania, who did not apply any ban yet, are in a more complicated situation and are asking for a collective approach.

Unlike Estonia, Lithuania and Latvia share a border with Belarus, which makes it more intricate to implement effective sanctions. In addition, Lithuania’s case is even more complex due to the presence of the Russian exclave Kaliningrad. The sanctions applied by the EU, in fact, allow flows of cargo between Kaliningrad and the Russian mainland.

Riina Sikkut, the Estonian Minister of Economic Affairs and Communications, which also overviews transport, seemed quite understanding of her neighbours’ issues. “They can see that Russia needs to be economically isolated, and there is a desire to avoid contributing to Russia’s war effort”, Sikkut told Estonian public news broadcast AK.

Sikkut’s Latvian counterpart, Janis Vitenbergs, was the most vocal concerning the need for a collective effort to find viable solutions. Vitenbergs highlighted that “if we keep all the EU sanctions on Russia in place, then the cooperation will diminish naturally”. Both he and Marius Skuodis, the Lithuanian minister of transport, pointed out that business ties with Russia are evaporating, even without national bans in place.

“Transport between Lithuania and Russia and between Lithuania and Belarus decreased manifold, and I can see the trend to continue in the same way”, Skuodis added. He also claimed that, in 2022, volumes have already diminished significantly with an unprecedented 40 per cent decrease for the railways and 20 per cent in the case of the port of Klaipeda. A similar trend was identified by Vitenbergs, who claimed that 20 million tonnes were moved by the Latvian national railway company LDz and that these volumes are expected to drop to around 15-16 million tonnes in 2023.