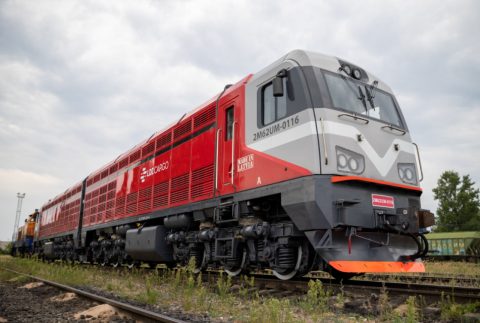 A new single safety certificate for transport in Estonia allowed Latvian Railways to launch a new rail freight service in their neighbouring country last week. The service, dedicated to transporting cooking oils for a US customer, is significant, yet not the only one signalling stronger cooperation between the Baltic States’ railways.

“The first connected customer in Estonia is a US company whose cargo is cooking oils. We have planned to transport around 200,000 tons this year, but that is exactly for this particular customer. LDz Cargo is actively seeking new customers. There are also several carriers in Estonia, of course, but we see that we also have the opportunity to strengthen our positions here,” said Agnese Līcīte, representative of LDz Cargo, the freight subsidiary of Latvian Railways, while commenting on Latvian media.

Meetings in search of gateways

Hearing that state-owned rail transport companies from the Baltics attempt to cooperate closely is quite familiar. Whether it is the Amber Train service or coal transport to Poland, to which both Lithuanian and Latvian railways contribute, the Baltic logistics companies have a long tradition in which they can invest more.

Access for Baltic railway companies to explore opportunities in neighbouring markets is essential in diversifying cargo flows and cutting the dependence on Russian and Belarusian cargo. For instance, flows from Russia and Belarus used to occupy up to 90 per cent of transit via Latvia, something that cannot continue with sanctions in place.

On top of this approach, though, Lithuanian, Latvian and Estonian railways have more arrows in their quivers. This was apparent, for example, in a trilateral meeting that the three companies held on Thursday, 12 January. Participants discussed pressing issues related to the Rail Baltica project, the respective expansion of the TEN-T network to the Baltics and the possibility of a complete transition to the European railway gauge.

The three parties seem to have a collective approach to these issues, which present the same challenges and opportunities for all of them. Another issue approached collectively is that of new corridors that will add value to Baltic rail logistics. Particularly, the representatives analysed the importance of launching a new freight corridor connecting the Baltic states with hubs located on the Black and Aegean seas.

“In my opinion, the railways of the Baltic States can, by joint efforts, provide a high-quality rail transport offer within this corridor and make a contribution both to the common mobility of Europe and to the economy of each country”, underlined Māris Kleinbergs, chairman of the board Latvian Railways.

The idea for a Baltic Sea to the Black/Aegean seas rail freight corridor has been around for some time within the Three Seas Initiative (3SI) project. The 3SI brings together 12 EU Member States between the Baltic, Black and Adriatic seas. It is all about boosting infrastructure investments in these countries from the Balkans all the way to central Europe and the Baltic sea.

The initiative aims to help these countries integrate with the rest of Europe investment-wise and catch up with infrastructure developments to create new transport corridors with a multimodal focus. This is why the 3SI Fund has already invested in rail (Cargounit in Poland), renewable energy and assets and digitalisation. Moreover, with substantial funds in place, the 3SI has already set its eyes on its priority projects. Specifically, the organisation’s first investment is targeting the Bulgarian port of Burgas to transform it into a regional sea and rail gateway.