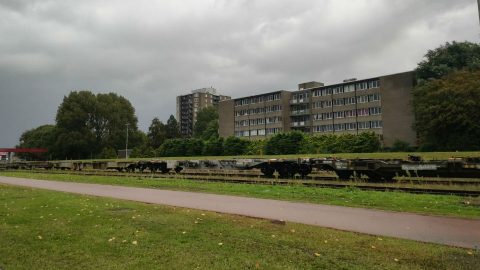 Fire safety in Waalhaven Rotterdam: deadline may not be met

This can be read in the semi-annual report of ProRail sent to State Secretary for Infrastructure and Water Management Vivianne Heijnen last week. The shunting of dangerous goods at the yard was restricted before as the fire extinguishing facilities were deemed insufficient two years ago.

Ever since, the municipality and inframanager have been working on a permanent solution, which has been all but a straightforward process. In June this year, ProRail said that it had sufficient financial resources to get the fire extinguishing facilities in place by the deadline of 1 January 2023.

Work on the extinguishing facilities at Botlek, Europoort, Pernis, Maasvlakte West and West-West is now 80 per cent complete, a project manager announced on social media last week. An integral final test was also carried out at Europoort that week.

Although ProRail states that the date of 1 January 2023 is “feasible”, the work at Waalhaven South is still a challenge, it says. “Waalhaven South is particularly critical in terms of time. In consultation with the competent authority, we are preparing an extension of the extinguishing train as a mitigating measure.”

On 13 September 2020, the yard of Waalhaven South was shut down for the shunting of dangerous goods because the fire safety facilities did not meet the local standards. This was followed by 19 months of uncertainty about the facilities, causing great distress among operators.

On 1 April 2021, a temporary solution was found in the form of an extinguishing train. This allowed the shunting of dangerous goods to resume. However, ProRail was still required to find a permanent solution. This solution seemed further away than ever when ProRail reported a budget deficit of 43 million euros in February this year.

Realising the dire situation, the ministry promised to support the project financially, but it was not clear whether it had committed to compensating the missing amount in full. In June this year ProRail promised that it would meet the deadline as it had sufficient financial resources.

There are still obstacles to overcome elsewhere in the port. “In both Waalhaven and Maasvlakte, the expansion of the sidings pose challenges: long ‘spurs’ that in the new situation also have to come under the extinguishing contour, even though the ground does not belong to ProRail and/or it is full of cables and pipes from the ‘ big boys’ such as Gasunie, TenneT and Stedin”, says a Port Railways project manager from ProRail on Linkedin.

BAM, Swietelsky and Dura Vermeer are working on the construction of fire extinguishing facilities and emergency roads at the five freight yards in the Rotterdam port area. The contractors signed their realisation agreements last April. ProRail is expected to provide new information in December.

This article was orginally published on our sister publication Spoorpro.