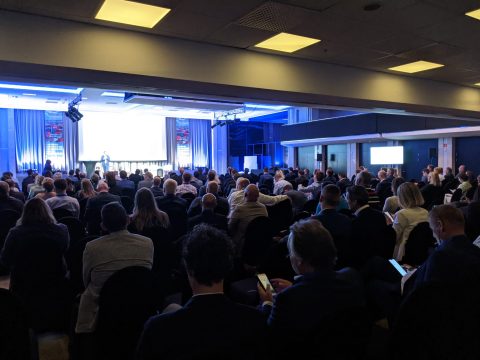 The rail freight industry needs to regain its customers’ trust

Rail freight companies operating on the New Silk Road are struggling to regain their customers’ trust during these uncertain times. The main issues that are worrying customers are cargo safety, the pandemic, and the lack of valid alternative routes.

At the RailFreight Summit 2022 in Warsaw, representatives from various rail freight companies shared their expertise and perspectives on the challenges behind rebuilding a solid relationship with their customers. The recent geopolitical developments have pushed customers away from rail corridors running through Russia.

However, customers are increasingly going back to using routes via Russia. This is because of the lack of valid alternatives from the South of Europe and port congestion, but also because they start to see that the transport route through Russia is up and running, even with better transit times, experts on stage agreed.

Nevertheless, there are always challenges to be resolved. For example the fact that there is only one bridge over the Bug River connecting Belarus to the Malaszewicze hub, causing bottlenecks and traffic congestion, as Jakub Walczak from C.H. Robinson pointed out. A second bridge has been in the planning for a long time, but until now, construction has not started.

Mariusz Dabrowski, director of Business Promotion Bureau, claimed that the future construction of two more terminals on the Poland-Belarus border to share the load handled in Malaszewicze could lend a helping hand. In fact, as Dabrowski mentioned, a terminal in Sokolka will be completed soon and one in Siemianowka is underway.

The investment for the terminal in Sokolka is more than 23 million euros. It will consist of a 5-hectare yard for the storage of containers. Two 45-ton cranes will be installed, one of which will be equipped with an electromagnet for transporting metal elements. The second one still needs to be assembled, but the parts are ready. The terminal will be divided into two parts. The northern one, with two wide and two European tracks already existing, and the southern one, with five brand new tracks. Three will be wide and two will be European.

Covid-19 in China: from a blessing in disguise to a burden

Julija Ščiglaitė, CEO of RailGate Europe, also included the “zero-covid policy” enforced by the Chinese government in the sum up of challenges today. As she stated, the pandemic of Covid-19 was boosting rail freight in its beginning. However, the repeated lockdowns announced in China have now started causing significant departure delays.

Pawel Moskala, CEO of Real Logistics, pointed out that the situation in China is making it very difficult to get regular slots on freight trains in China. Roland Verbraak, general manager of BTT Intermodal Group, also highlighted that volumes from China have decreased because of fewer trains running and a significant number of vessels that were put out of service.

The role of alternative routes

Marcin Miecznikowski, managing director of Trans East-West, and Robert Klosinski, rail freight manager for DSV, shared the belief that alternative routes should be considered more of an opportunity rather than a threat for both the customers and the industry.

For example, Dabrowski analysed the role played by the North-South axis connecting the port of Piraeus in Greece to Poland. As he commented, 30 per cent of this project is complete, 40 per cent is under construction and the remaining 30 per cent is still waiting to be built. The whole project will not be finished before at least 2026

“Back to Basics” uses to be Medicine.
For proving sustainable, worth maintaining, etc., device shall meet with quality offered by other, existing, alternatives.
Accordingly capacity and utilisation of existing, now substantially has to be added.
(Rail, basics, shall not as currently, by far be most frequent separate cause of derailments, etc., etc.)
For clients, risk for a risk, means added costs, those by railways already too high.
(Railways is a device, not goal…)