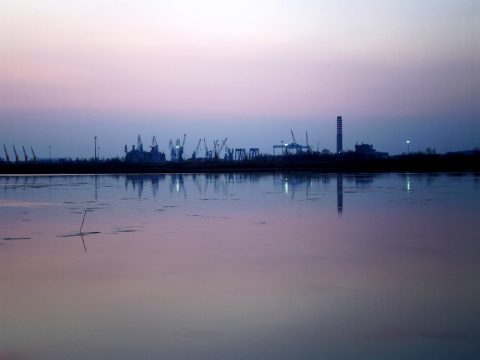 Ports of Trieste and Monfalcone: many rail freight projects postponed

Various projects launched by Rete Ferroviaria Italiana (FS) to boost rail freight in Friuli-Venezia Giulia, a region in north-eastern Italy, are going to be delayed or postponed. Many of them involve the ports of Trieste and Monfalcone and will be delayed by at least one year.

The main cause for these delays, according to FS, is the necessity to follow the guidelines of the new normative published by the National Agency for Rail, Road, and Highway Infrastructure Safety (ANSFISA). Moreover, the rising costs of raw materials have further complicated matters.

The first technological phase for the upgrade of the rail section between Venice and Trieste will be postponed from 2023 to 2025. This project revolves around the implementation of movement posts, the maintenance of the stations in San Donà di Piave and Fossalta di Portogruaro, and the addition of two track variants, Portogruaro and Isonzo.

In addition, the first phase of the railway node in Udine will be carried out in 2025. This project aims at thinning out freight traffic in the station in Udine by redirecting it through the Palmanova-Cervignano section. The technological upgrade of the rail section connecting Udine with Ronchi Dei Loegionari Nord, which will provide a better connection between the ports of Trieste and Monfalcone will be completed only in 2026.

Delays will also affect the upgrade of the Villa Opicina station, which works as the main hub for Trieste when it comes to trains going to and coming from Slovenia. The General Regulatory Plan and the computer-based interlocking system for the station will only be available in 2024. Additionally, the first phase of the upgrade of the section between Villa Opicina and Bivio d’Aurisina will be postponed to 2024 as well.

The ports of Trieste and Monfalcone

The port of Trieste is the Italian port that moves the highest volumes of goods, with over 55 million tonnes and more than 757,000 TEUs handled in 2021. Most of the traffic in the port revolves around oil products. The port of Monfalcone handles mostly industrial goods, including cars and raw minerals, as well as agricultural and textile products. It is the northernmost port in the Mediterranean sea. Monfalcone handled over 3 million tonnes of goods in 2021.