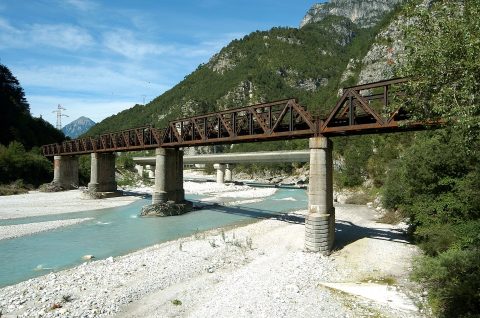 After being closed for works for the whole month of July, the Pontebbana railway line has reopened to rail freight traffic. The line connects Udine, 80 km North of the Port of Trieste, with Tarvisio, on the Italian border with Austria, for a total length of 94 km.

The project for the Pontebbana railway line cost around 31 million euros and it was carried out by Italian rail operator Rete Ferroviaria Italiana (FS). The works interested the line between Carnia and Tarvisio.

First, 3,400 meters of ballast railway have been rebuilt in the Campiolo Monte Palis tunnel, on the Carnia-Pontebba line. Additionally, the Zuc dal Bor Tunnel was upgraded by strengthening the vault, adding a handrail, implementing safety signaling, and inserting the electric traction cable for over 3 km of the tunnel. Finally, rails and sleepers were replaced over more than 25 km of rail track between the Ugovizza-Valbruna station and the Italian border with Austria.

The Port of Trieste slowed down in July

Despite not causing major infrastructure issues concerning the Port of Trieste, the closing of the Pontebbana railway line did contribute to slowing it down. This is especially true when considering the fires in the Carso area in July, which led to an additional decrease in rail capacity. Moreover, at the same time, Slovenia had to temporarily ban loading cargo because of the overloaded infrastructure.

While the Pontebbana railway was closed, freight trains had to adapt and use alternative routes. Trains heading toward Germany had to go through the Brenner tunnel, the ones going to Austria used the Carabanche tunnel, and the ones directed to Budapest went through Slovenia.