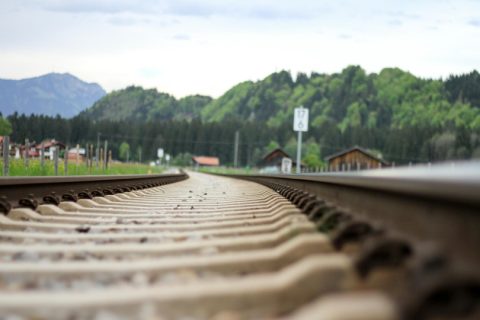 Following a manufacturing error in thousands of concrete sleepers across the German railway network, Deutsche Bahn is now on a mission to replace them. Specifically, the German company will need to replace around 137,000 sleepers in 225 locations around the country. Works have already been completed in 70 locations, with 155 remaining and possible traffic disruptions on the way.

As a result, DB had to identify where else those concrete sleepers had been used. It soon put traffic restrictions in 165 locations across Germany, but mainly in Bavaria, Saxony, Saxony-Anhalt and Thuringia. Works to replace sleepers in the remaining 155 locations commenced on 6 September.

Problems in the German railway network seem to pop up like mushrooms in a forest after a rainy season. The issue with the defective concrete sleepers adds to a long list of problems causing rail traffic disruptions in the country. Deutsche Bahn explained that in the sections where works take place, “trains travel more slowly, while some routes also need to be closed.” The company stressed that is working around the clock “to eliminate all impairments for passengers and freight transport customers as quickly as possible, and that traffic should return to normal by the end of the year.”

However, DB did not miss the chance to underline that it’s paying for a mistake that did not make and that it will make sure to compensate rail companies for possible losses. “Our customers should not suffer unduly from a possible manufacturer error. We are doing everything we can to eliminate network restrictions and the associated longer travel times and diversions as quickly as possible. We will easily compensate the affected railway companies for the additional costs actually incurred,” stated Berthold Huber, board member for infrastructure at DB.