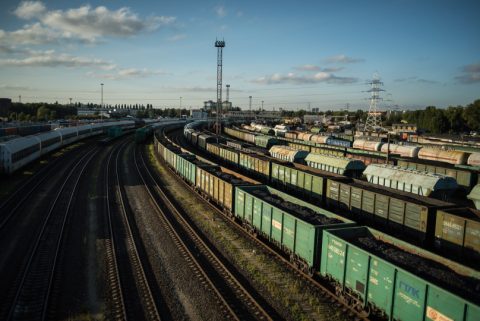 The issue of train transit between Russia and Kaliningrad via Lithuania seems to be reaching some kind of stability. After consulting with the Financial Crimes Investigation Service (FNTT), Lithuanian Railways managed to secure a three-week-long pre-payment for Russian transit services.

That being said, Russian shipments can run via Lithuania to Kaliningrad for the time being. However, after these three weeks, customers will have to re-examine their payment solutions and find banks willing to process their invoices. As a result, even though this is not a long-term solution, traffic between Russia-Kaliningrad can be secured for short periods without guaranteeing that problems will not occur soon.

‘Nothing we can do’

LTG received a pre-payment of 2,5 million euros worth of Russian cargo for the next three weeks. It is a profitable business, but the Lithuanian state-owned rail company will not pledge to keep it running. Egidijus Lazauskas, CEO of LTG, commented in Lithuanian media that trains could stop if customers fail to comply with payments to Lithuanian banks.

“Yes, this can happen, but we are not going to tear our shirts off because of that,” cited Lazauskas in the Lithuanian National Radio and Television LRT. He also added that “transit is profitable, but we have made a strategic decision to sever relations with the Eastern market within a few years and are actively looking for alternatives.”

After several Lithuanian banks dropped out and stopped processing payments for Russian shipments a few weeks ago, LTG found itself racing to make ends meet and help keep payments and trains moving. However, Lazauskas explained that this was a mission impossible since out of all Lithuanian banks, only one is willing to continue processing Russian payments. At the same time, European banks abroad were also unwilling to open new accounts for LTG and process the payments.

As the situation is now, LTG is pushed by the FNTT to scrutinise each customer request for transit to Kaliningrad individually. In this way, the international service aims to assist LTG in assessing whether a shipment is eligible according to the EU sanctions and whether payments for it can take place. It might be a good solution regarding compliance with the law; nevertheless, it is also a time-consuming and customer-unfriendly process.

The same process will be followed by Šiaulių bankas, the only Lithuanian bank still willing to get involved in Russian transit payments. The situation’s complexity is not different from what Lazauskas described as uncertainty about whether shipments could continue without problems in the future. In the coming three weeks, trains will keep running; however, will this be the case after September ends?