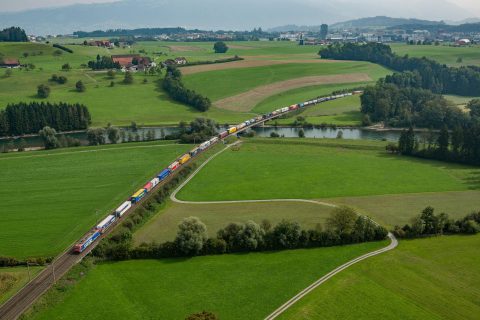 Hupac is increasing the rotations for two lines connecting Germany to Europe. The first line, connecting Duisburg Hohenbudberg, in North-Western Germany and Pordenone, in North-Eastern Italy, will double its weekly rotations, from 3 to 6. The second line, linking Ludwigshafen, in Western Germany, with Novara, in North-Western Italy, will also see its rotations increase from 5 to 6 per week. Both increases will be effective as of 5 September.

The terminal in Duisburg offers several connections to and from Poland, more specifically Gadki and Warsaw/Pruszkow. Novara is an important getaway for connections with Central and Southern Italy, namely Rome/Pomezia, Bari, and Pescara/Manopello.

For the trains going from Germany to Italy, the new departures are scheduled for Tuesdays, Wednesdays, and Fridays, adding up to the existing ones on Mondays, Thursdays, and Saturdays. All closing times from Duisburg Hohenbudberg are scheduled for 9 AM.

For the trains leaving Italy for Germany, the new departures are scheduled for Mondays, Wednesdays, and Fridays, adding up to the existing ones on Tuesdays, Thursdays, and Saturdays. Between Monday and Friday, the closing time is at 6:30 pm, while on Saturdays it is scheduled for 11 am.