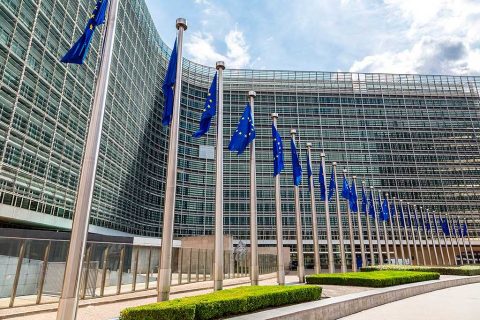 “Simpler state aid is great, but mind the internal competition”

The European Commission’s intention to simplify the state aid rules for green transport could directly benefit rail, which is very important. However, when it comes to granting subsidies and funding, the Commission and the Member States should be extra cautious because money intended for support could end up distorting the internal competition of the rail freight market.

ERFA undoubtedly rang the bell of danger for news that was welcomed positively. And this did not happen by chance. Instead, the association has good reasons to underline the impending risks of distorted competition between rail freight companies.

Take, for example, the situation in Germany and DB Cargo that the Commission investigates concerning the state id it received over the past few years. According to its critics, the financial support that DB Cargo gets from the government allows the company to invest in its growth and expansion, which would be impossible otherwise.

However, and this is why DB is under the microscope, current EU state aid rules dictate that public intervention is not considered state aid if accepted under market conditions. In such a case, and under article 107 of the EU Functioning Treaty, state aid to a company is considered financially advantageous over its competitors.

These are the conditions that ERFA wants to avoid creating for smaller railway undertakings that cannot compete with big national players. Simplified state aid would only be impactful and beneficial for rail as a whole “so long as it is based on open, transparent and non-discriminatory procedures and clear compatibility conditions,” underlined the association.

On 6 July, the European Commission proposed a regulation introducing rules to simplify procedures for state aid to green transport. By simplifying the state aid provision rules, the Commission basically allows the Member States to define and choose the projects or sectors in need of funding and subsidising without “the obligation of prior notification to the Commission of aid measures.”

“This will provide legal certainty, simplify procedures and cut red tape for the Member States while allowing the Commission to focus its state aid control on the potentially most distortive cases. In addition, this will enable the transport sector to embrace the green and digital transition in line with the EU’s strategic objectives,” said the Commission.

Indeed, yes and Matter to be attended!
Just a minority, now affords luxury of not caring about eta, etc. Thus regardless of extra, for “steering” wares, from road to rails, not yet Shift is seen.
(Not until quality of service rendered is equal, or better, Shift will be.)
Regrettably, simply because of and excused by, shortcomings of railways…, extras supported by voters, now is devastating, for all, as currently Industry of railways has got no incentive, for the urgently needed upgrading.