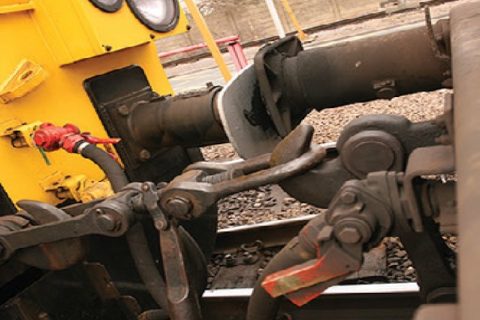 Freight traffic coming to a halt would place a severe strain on the UK economy and possibly send the recovery of the rail industry crashing off the tracks. These are among the views expressed during the day after the largest trades union in the rail industry announced a decisive ballot result in favour of strike action among its 40000 members.

Industry insiders and stakeholders in the UK economy have expressed concerns about the possible effects of the strike. At the same time, questions have been asked about the legitimacy of the strike and the level of pay earned by drivers. The RMT has been quick to defend its motives and the position of its members.

Advantages of a growing sector being lost

“Any strike action risks severe disruption to the economy if key freight services cannot run”, said Maggie Simpson, the director general of the Rail Freight Group, the industry’s representative body at large. Simpson was speaking ahead of a membership meeting in Salford, northwest England, and a visit to the nearby Trafford Park intermodal terminal run by Maritime Transport. “We urge Government, Network Rail and the Unions to act swiftly to find a solution to this damaging dispute”, she added.

Meanwhile, at the day conference, members expressed real concerns that a damaging and prolonged strike could prove more than just disruptive to the industry. While passengers were only just beginning to find faith once again in the railways, the views of the room were that disruption and delay on the freight railway would set back – possibly permanently – the interest of new rail freight customers. It was noted that road truck technology, particularly in carbon-neutral fuel, was progressing rapidly. Any long-lasting disenchantment with rail freight could lead to all the advantages of a growing sector being lost and turn that into a permanent decline.

Speaking for her members, Maggie Simpson reiterated the position of the rail freight industry in the UK economy. “Consumers and businesses across the UK rely on rail freight to deliver their daily needs, whether retail products to shops, building materials to construction sites, fuel to power stations or moving domestic waste for processing”, she said. “Our members have been working hard with Network Rail for several weeks to develop contingency arrangements. However, even with these plans, it will be impossible to run all freight services, and there could still be significant disruption.”

The threat of a strike has been making the news headlines in the UK. It has been widely reported as the greatest potential industrial dispute since the bitter deindustrialisation of the 1980s and possibly even since the General Strike of 1926. Outspoken talk radio host Nick Ferrari was among the most vociferous opponent of industrial action. He emboldened listeners to his national morning show on London based LBC Radio. He likened the drivers’ job to reading the newspaper and drinking tea in-between stints of pulling levers for more than a thousand pounds a week. An average wage is noted as almost twice that of a National Health Service nurse.

Life support switch on the brink

Ferrari’s views are hardly likely to have won any new followers among the tea-drinking drivers of the UK. However, the more considered caution from the industry was voiced by John Smith, the chief executive of GB Railfreight. Speaking to the rival broadcaster BBC, he said the effects of a long term dispute would be, in his words, dramatic. “It will crystallise in various ways, whether it be a shortage of fuel at the pumps, whether it be production being stopped in factories of cars, whether it be electricity generation or Drax [biomass-fuelled power station] having to switch off and not being able to generate electricity.”

Grant Shapps, the government’s transport secretary, will be at the heart of the dispute. He had publicly encouraged the unions to call off strike action on Tuesday night. “I’m looking to get this resolved”, he told a national newspaper. “I think it would be completely counterproductive to a railway which frankly is on life support, and that could give it a heart attack”, he said.

It might be of some concern to note that Shapps has a hand on that life support, having encouraged the treasury to support the network during the pandemic and beyond. His hand may just be hovering over the off switch. That really would turn recovery into a permanent, fatal decline.