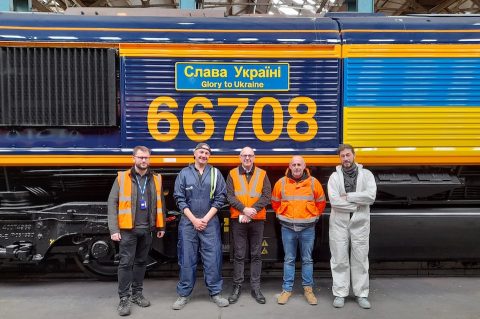 Putting their feelings on the rails, operator GB Railfreight has named one of its workhorse class 66 diesels “Слава Україні” with the English sub-scripted nameplate “Glory to Ukraine”. The locomotive has been liveried in a sky-blue and sunflower yellow livery, an adaptation of the company colours, mimicking the Ukrainian national flag. The locomotive has been dispatched from Arlington Fleet Services in Eastleigh, near Southampton for immediate deployment on regular operations.

In a gesture of support that will be highly visible across the UK network, GBRf expressed a desire to make known its support for the people of Ukraine. With so many people in the UK throwing open their homes to refugees, it is a gesture that has already been seen as a symbol of both hospitality and hope. When the visa bureaucratic hurdles imposed by the UK government are cleared, many more Ukrainian nationals will see something that salutes their country in their adopted home.

The company is already well known for community and charitable works – including a high-profile campaign in support of voluntary organisations working to relive prostate cancer issues in the UK. GBRf also participates in education programmes, designed to make school children more aware of the dangers posed by the railway. 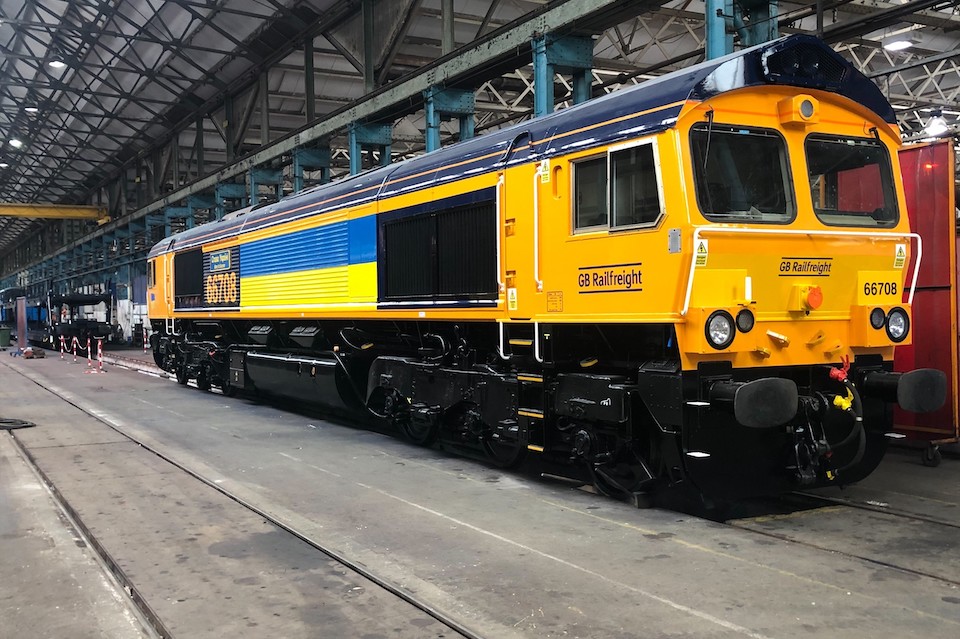 The unveiling of “Glory to Ukraine” has brought a wave of praise via social media channels. The Twitter post has been among the company’s most popular ever. The locomotive, designated 66708, is already picking up significant interest among enthusiast groups too.

A short statement from a company spokesperson emphasised the company’s unequivocal stance. “GB Railfreight has unveiled its latest Class 66 locomotive named ‘Glory to Ukraine’, outshopped in a special Ukrainian livery”, they said. “GBRf stands with Ukraine and this newly painted locomotive honours the people affected by the conflict as they continue to courageously defend their homeland.” 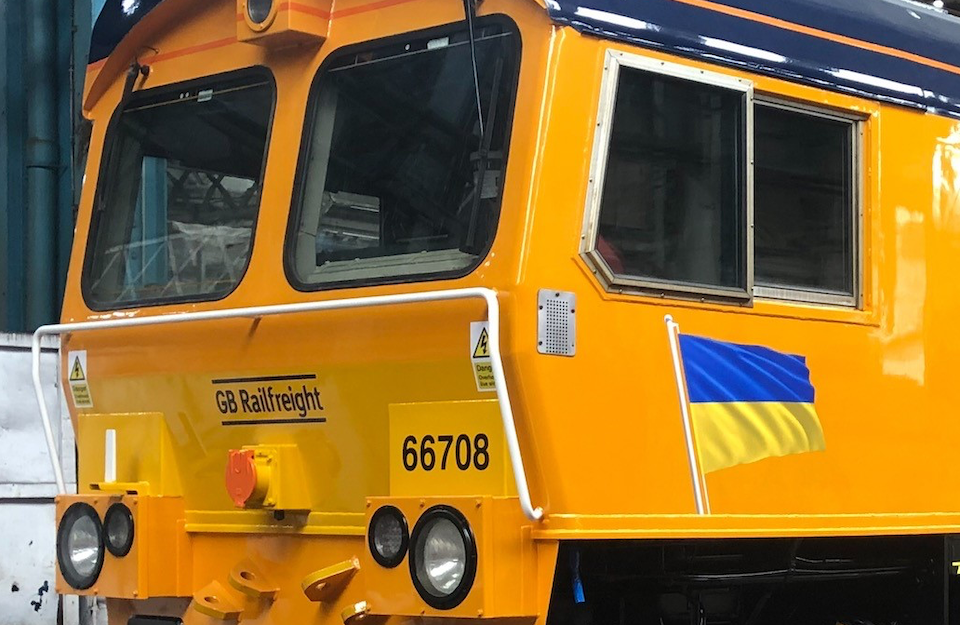 Now can we have the fags of other occupied countries or places at war on your locomotives – Tigray, Yemen, Palestine, Ladakh, Sikkim, Western Sahara etc.?