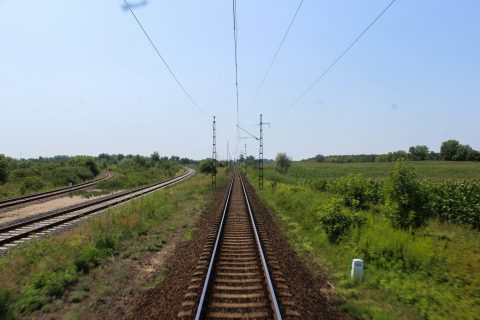 Hungarian authorities have selected the route and destinations of the V0 rail freight line bypassing Budapest. The dedicated freight corridor connecting the eastern part of the country with the west and extending to Austria “will pass through major industrial and economic centres of the country”, said László Palkovics, the Hungarian Minister of Innovation and Technology.

V0 will follow the east-west direction connecting Szolnok, Kecskemét, Székesfehérvár and Győr. Szolnok is located to the east of the country near the Zahony region, while the end destination Győr, is very close to the Hungarian border with Austria and Slovakia and not far from Bratislava and Vienna.

New railway bridge in the plans

Palkovics explained in a press conference that construction works will commence in the section between Kecskeméta and Adony, right in the centre of V0 on the way from Kecskemét to Székesfehérvár. By 2030, the whole Szolnok-Győr line should be completed.

Part of the line’s design concerns building a new railway bridge crossing the river Danube. “A new railway bridge on the Danube is needed to create the planned connection. There are several alternatives related to its exact location and solution, which are still being investigated”, explained the minister. He also mentioned that authorities will also consider preserving Natura 2000 and other nature conservation areas during construction.

Palkovics highlighted that “the V0 freight railway line under preparation will create a modern rail freight connection from Záhony to the Győr area”. He also said that “the documents necessary for implementing the investment were being prepared”. Speaking of investments, it is interesting to mention here that the line was initially part of the broader planning of the joint venture established by Austria (Rail Cargo Group), Russia (Russian Railways Holding) and Hungary (CER Cargo Holding) in December 2021.

By the end of January 2022, several media reported that Russia considered helping finance the construction of railway line V0 but also contributing with its know-how. This was mentioned by the Russian Transport Minister Vitaly Savelyev in a video call with Palkovics. However, many things have happened in the meantime, with the war in Ukraine and the sanctions on Russia making such an investment theoretically impossible. It is still unclear whether the V0 investment will proceed as initially planned. RailFreight.com communicated with the Hungarian authorities and will follow up with a more detailed report.