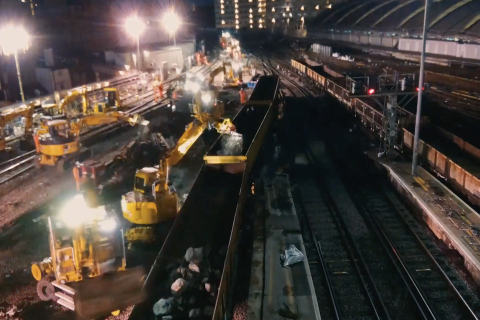 The rail supply sector, represented by the Railway Industry Association, has set out what it calls five ‘tests’ for Great British Railways, the new overarching body, expected to take over the management of the railway network in most of the UK from next year. They want assurances on key areas of responsibility, including current projects, accountability, and ambition. The call comes as Network Rail, the body that will be superseded by GBR, is reportedly concerned over the allocation of resources once the handover takes place.

The Railway Industry Association (RIA), the voice of the UK rail supply community, has broken ranks and called for the UK government to make sure that the change of management is not an excuse to put the brakes on current projects, to the detriment of the many firms in the supply chain, and ultimately to the disadvantage of operators on the tracks. The fear is that if the current enhancements programme is put on hold, operators – particularly in the rail freight sector – will wait a long time to see the capacity improvements already planned come to fruition. It is a worry that now would be the worst possible time for another ‘pause’, just when the economy needs a growing rail freight sector more than ever.

There cannot be a pause

To avoid a hiatus, the RIA has set what it calls five ‘tests’ to ensure the establishment of Great British Railways, the new railway structure, will be a success. According the industry body, the tests provide clear criteria for the new railway body to ensure it is best able to harness the value and expertise of the rail supply industry. Top of the list is a smooth continuation of existing works. They say that with more than seventy per cent of Network Rail’s spend in the private sector, there cannot be a pause. 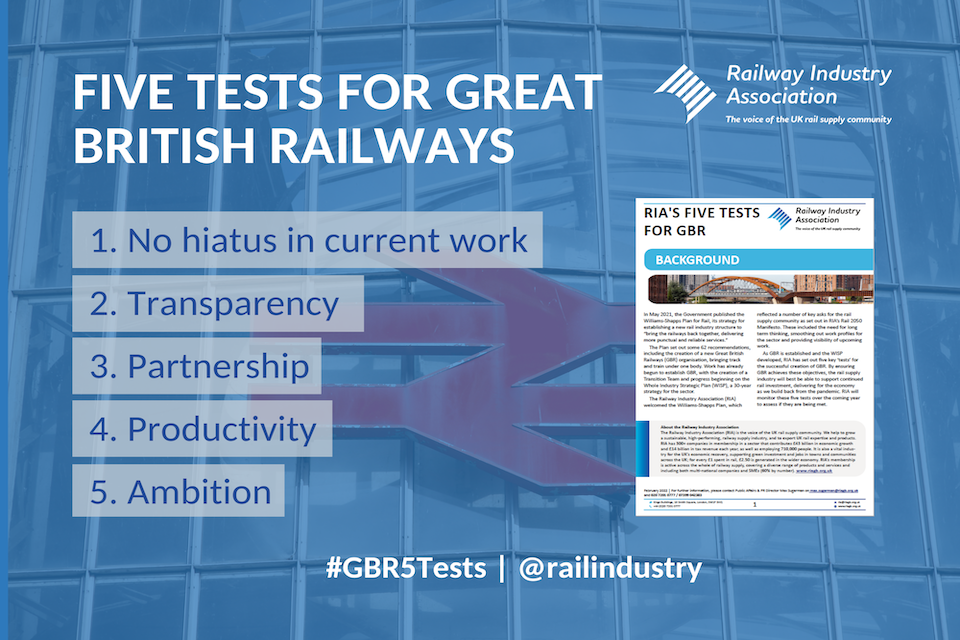 Transport secretary Grant Shapps – who put his name to the wide-ranging Williams-Shapps report – sett the reforms in motion. That has prompted the response from the RIA. “The railway industry is currently undergoing a major restructure which could change the way we work both now and in the future”, said Darren Caplan, Chief Executive of the Railway Industry Association. It is important that we get Great British Railways right, ensuring that we can all continue to deliver for passengers, freight users and the economy.”

Board level concerns at Network Rail

Network Rail bosses have also expressed concerns. In their high-level board meeting in December, they debated the worry that the formation of Great British Railways was in danger of taking time and talent out of the delivery programme for the railways. “The board agreed that route managing directors should regularly be challenged on any concerns they may have around the risk of GBR causing a distraction from ‘business as usual’ work, conflicts of interest and available resources being stretched too thin”, say their minutes.

That is the sort of frank and open discussion the RIA would like to see maintained. They want the new body to be clear and transparent with rail suppliers, to allow them to deliver the enhanced railway. They seek a high level of partnership working to ensure that is the case. “As GBR is set up – with the Transition Team already well established and legislation due before Parliament soon – RIA and our members will continue to engage with and support the process”, added Caplan.

The RIA’s new strategic comes hard on the tail light of GBR’s first round of public consultation. Clearly there is still much to be decided, but association does not want to see that jeopardise productivity nor ambition. Their tests say productivity must be maintained to ensure that the rail industry is able to thrive, and financial sustainability will ensure rail delivers for the UK economy – echoing the concerns expressed by the Network Rail board.

“Leave a positive legacy, including in safety, decarbonisation, exports and the economy”, says the ambition test, the fifth leg of the campaign. The RIA is however committed to the process. They say they are looking forward to working with the Government, the Transition Team, Network Rail, and all partners to ensure their members continue to deliver for the UK. “Supporting a thriving railway alongside generating future investment, jobs and economic growth for the country”, concludes their statement.