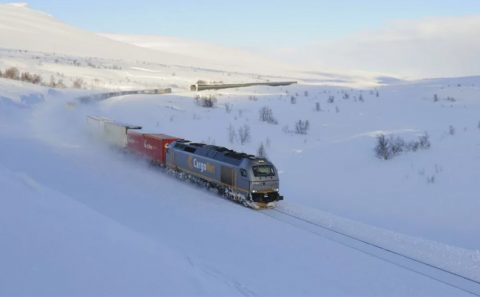 Norwegian trains will run on clean energy in 2022

Norway’s infrastructure manager Bane Nor will be among the sustainable pioneers of 2022. Trains in its network will run on emission-free clean energy coming from Norwegian hydropower starting this year, making Norway the frontrunner of green rail transport.

Bane Nor secured an agreement through public procurement with the companies Cleanworld and ECOHZ “to ensure that all the energy to be delivered in 2022 is the mark of origin of Norwegian hydropower”. The Norwegian IM has been powering its rail network partially with hydropower since 2007, but now it’s time for a new era with a minimal rail footprint.

Bane Nor’s decision to power its rail network with clean energy should not come as a surprise. The Norwegian IM might not be a leader in terms of managed network capacity compared to other European countries. However, it is a leader when it comes to implementing groundbreaking concepts and adopting innovative ideas.

As proof, a few days ago, it received the “European Railway Award 2022” for the digitalisation of its railway network. CER and UNIFE nominated and awarded Bane Nor with the trailblazer award for implementing the ERTMS program. At the same time, the jury praised the company, saying that “it excels in Europe, implementing ambitious projects that are groundbreaking for the entire European railway sector”.