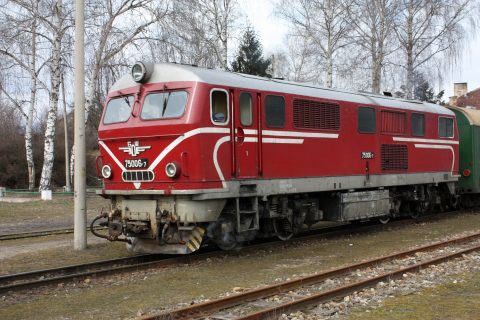 The Bulgarian State Railways (BDZ) is combining its passenger and rail freight operations into one company to achieve financial stability, transport minister Nikolay Sabev announced earlier this month. ‘Returning to the freight market’ is also a reason for the change in structure.

The current structure of Bulgarian Railways, a holding company with two subsidiaries covering passenger and freight operations, was established in 2010 and was intended to provide financial stability.

The financial situation is, however, still not healthy. According to Bulgarian transport minister Nikolai Sabev, “by the end of 2023, the railway system will have a healthy financial situation”. The three companies, BDZ holding and its passenger and freight subsidiaries, will be merged into one, the minister announced on 4 February.

“The goal is for passenger transport to be clean, safe and enjoyable. We are changing the company so that it will return to the freight market dynamically as well”, said Nikolay Sabev. “Europe is on the rails, Europe is green and efforts are aimed at Bulgaria being there”, added the Minister of Transport and Communications.

The revenues in BDZ should be realised by increasing the market share, and the expenses should be managed much more than effectively. According to a statement from the company, in the first six months after the changes, there should be a clear trend of how costs are declining, and revenues are starting to increase. “We have set very clear parameters through which we will monitor the financial and functional condition of the system,” Sabev said. He said that in early 2024 BDZ is planned to enter the Bulgarian and international capital markets.

Following an analysis of the condition of Holding BDZ and the companies BDZ-Passenger Transport and BDZ-Freight Transport, several changes to the board were made earlier this year. With motives related to poor management, organisational shortcomings and delayed control over the implementation of repair programs, three Board members were dismissed: Margarita Petrova-Karidi, Georgi Drumev and Svetlomir Nikolov. Until a competition is held, Lyubomir Syarov, Petko Petkov and Yordan Mirchev have been elected as new members.