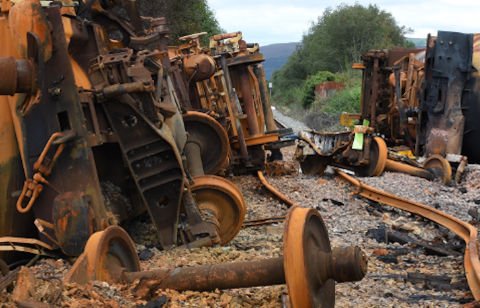 The final report on a derailment in Wales in the summer of 2020 will have repercussions for the whole rail freight industry. The British Rail Accident Investigation Branch has concluded that the factors responsible for the oil train crash and fire at Llangennech in South Wales in August 2020 hold lessons for manufacture and operations worldwide. The RAIB has shared its findings in their final report, just published.

The UK Rail Accident Investigation Branch (RAIB), the independent body responsible for oversight on the safe running of the railway, has made a series of nine recommendations, based on their detailed findings, which have taken nearly a year and a half to complete. Those recommendations cover a review of the actions taken by the owner of the wagons following this and previous accidents and improvements to the maintenance processes at the locations where the wagons involved in the accident are maintained and overhauled.

Night fire and environmental disaster, but no lives lost

Just after eleven in the evening (23:04 hrs) on 26 August 2020, the 21:52 hrs service carrying bulk oil from the terminal at Robeston (part of the Milford Haven complex on the southwest coast of Wales) to Theale, near Reading just west of London, conveying 25 laden tank wagons, derailed near Llangennech, in Carmarthenshire, not far from the steel manufacturing town of Llanelli. The derailment and the consequent damage to the wagons resulted in a significant spillage of fuel and a major fire. The crash at Llangennech on 26 August 2020 remains one of the most significant freight-related incidents on the British railway network, with safety and environmental implications that will last for years.

The spilt fuel caused major damage to the environment in an area that is both a site of special scientific interest (SSSI) and a special area of conservation (SAC), including cockle beds, natural tidal mudflats and wetlands. The spectacular fire, and the subsequent environmental incident, became headline news in the UK and was reported worldwide.

The driver, who was unhurt, reported the accident to the signaller. Subsequent examination of the site found that ten wagons (positioned third to twelfth in the train) had derailed and that around 446,000 litres of fuel had escaped. The derailment occurred because one set of wheels on the third wagon in the train stopped rotating during the journey. The wheelset had become locked, probably because of a defect in the braking system on the third wagon, arising from deficiencies in the design and maintenance of components. 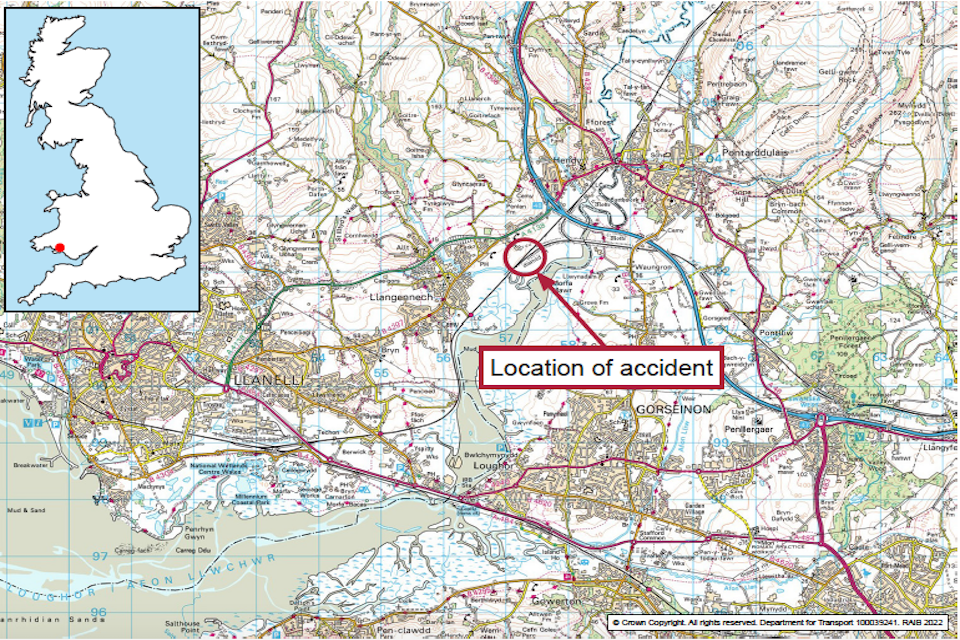 The sliding of the locked wheel along the railhead caused damage to the profile of the wheel treads. This meant that the wheels could not safely negotiate Morlais Junction, near Llangennech, damaging the points and causing the third wagon to become derailed. The following wagons derailed on the damaged track. Some of the derailed tank wagons were ruptured in the accident, and the spilling fuel ignited.

RAIB has made nine recommendations published in their final report. These include implications for operations, maintenance and manufacture, which they say need to be addressed globally to avoid a recurrence. The probable failure mode of the braking system and the lessons learned from reconstruction tests have led to a recommendation to the manufacturer of some of the braking system components to undertake a review of their design. A suggestion has been made to the organisations that carry out surveillance and certification of entities in charge of maintenance of rail freight vehicles to review their processes.

A further two recommendations have been made to improve the management of wagon maintenance on the railways in Great Britain and to review the technology and systems used to alert train crew, signallers and railway control offices to wagon defects that may lead to derailment. The final recommendation is to review the arrangements for regulatory oversight of entities in charge of maintenance and certification bodies that are not based in the UK.

Summing up for the industry internationally

“Trains carrying dangerous goods play an important role in the UK economy”, concludes the Chief Inspector of Rail Accidents, Simon French. “The risks which their operation presents must be adequately controlled. The consequences when things go wrong can be disastrous, as we saw at Llangennech in August 2020. Thankfully no one was hurt, but people were evacuated from their homes, and the damage, both to the environment and people’s livelihoods, will take years to put right. The accident also closed the railway line for more than six months. 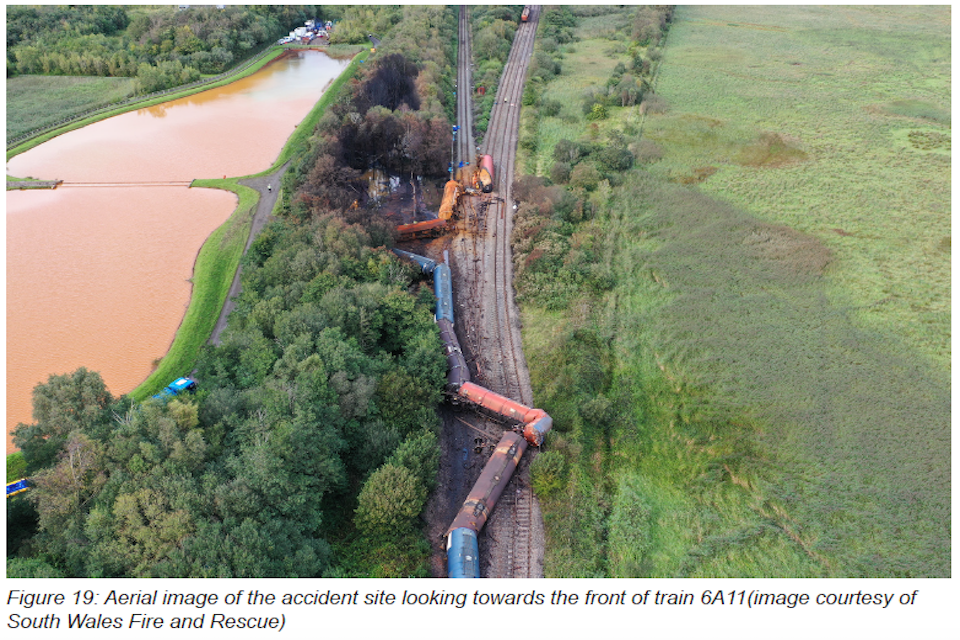 “Since RAIB has been concerned about the quality of freight wagon maintenance for many years, I welcome the actions that ORR [the government Office of Rail and Road] has taken to reinforce its supervision of entities in charge of maintenance. This will provide improved visibility of maintainers’ important work, whether based in the UK or the EU. I have been struck by the extent to which the safe condition of freight wagons is critically dependent on people being given the tools and training they need to do a difficult job, very often in dark, wet and cold working conditions. So, I urge freight operators and maintainers to think carefully about the people who do the hands-on work and the things that could be done to develop the capability of the workforce.”