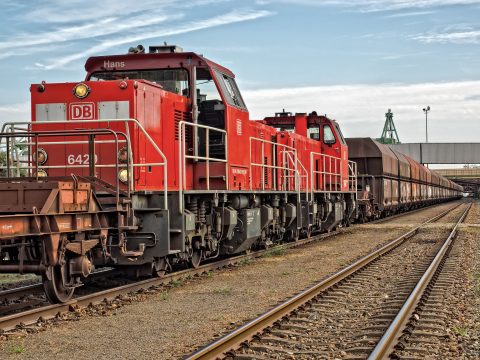 With the turn of the new year, DB cargo started taking action to modernise its locomotive fleet. The German operator and one of the European rail freight giants ordered a batch of 200 new locomotives that will initiate its shift to sustainable fuel usage. Vossloh Locomotives, Siemens Mobility and Toshiba will be the company’s partners for its long-term sustainability strategy.

DB Cargo aims to start substituting and renewing its old locomotive fleet that does not fit into its green goals with this development. The long-term strategy will see the replacement of 900 older-type diesel locomotives with new shunting and dual-powered locomotives. Currently, the company expects 300 new locomotives in total that will be used from the beginning of the coming year.

DB Cargo acquired two major partners through public tenders to launch the sustainable locomotive fleet strategy. At the beginning of the new year and after a Europe-wide tender, Vossloh Locomotives partnered with DB to provide a new type of hybrid shunting locomotives. Vossloh will provide 50 new locomotives, which DB will use from 2024.

Moreover, an older tender that took place more than a year ago will allow Siemens Mobility to contribute to DB’s plans. The tender concerned the supply of Vectron Dual Locomotives. The initial order secured the provision of 100 locomotives; however, DB Cargo increased the order number to 150 locomotives that will receive and use in 2023. On top of that, after a deal with Toshiba, DB will also receive 100 Toshiba HDB 800 hybrid shunting locomotives that will roll out also in 2024.

Sigrid Nikutta, head of DB Cargo, mentioned that the company invests in its locomotive fleet because of the foreseen growth. “With state-of-the-art technology, we help to achieve climate goals in transport. With our modernisation program, we can save around 14 million litres of diesel every year,” she said.

Nevertheless, these goals do not come without support from the German government. For instance, to purchase the Vossloh locomotives, the federal government supported DB with 15 million euros via the guidelines for the promotion of alternative drives in rail transport from the Federal Ministry for Digital Affairs and Transport.

Finally, Michael Theuer, parliamentary state secretary and federal government commissioner for rail transport, greeted DB Cargo’s initiative and vision: “The new locomotives not only ensure that freight railways are even more climate-friendly, but also that operations are much more efficient and therefore more attractive. With modern technology and green electricity, we create clean supply chains,” he stated.