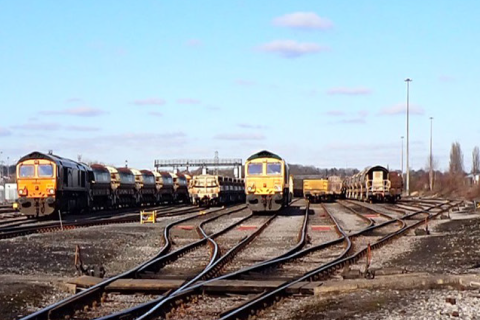 In the wake of last year’s runaway train at a yard in the English East Midlands, the UK Rail Accident Investigation Branch has made two wide-ranging recommendations. The RAIB says closer monitoring of rolling stock should be undertaken, and there should be a review of how critical safety tasks are implemented on trains arriving at managed yards. The recommendations were aimed primarily at DB Cargo, but RAIB says they could apply to any operator.

The report comes in the wake of the incident at Toton yard in Nottingham, in the early hours of 17 January last year. An unsecured train of open wagons ran away and partially derailed. No one was injured, but the accident did bring the train into close proximity with running lines.

The RAIB report summarises the accident, which took place within Toton, a marshalling facility established in the 1960s, originally to assemble wagon-load freight trains. It has since then been repurposed to serve current requirements. “At 04:42 hrs on 17 January 2021, a rake of 22 wagons, 21 of which were loaded, ran away from Old Bank sidings at Toton, Nottinghamshire”, says the RAIB report. “The rake passed a signal displaying a red aspect, which generated an alarm on a signaller’s workstation. This alerted the signaller, who could see that track sections along the line leading away from the sidings were being occupied.” 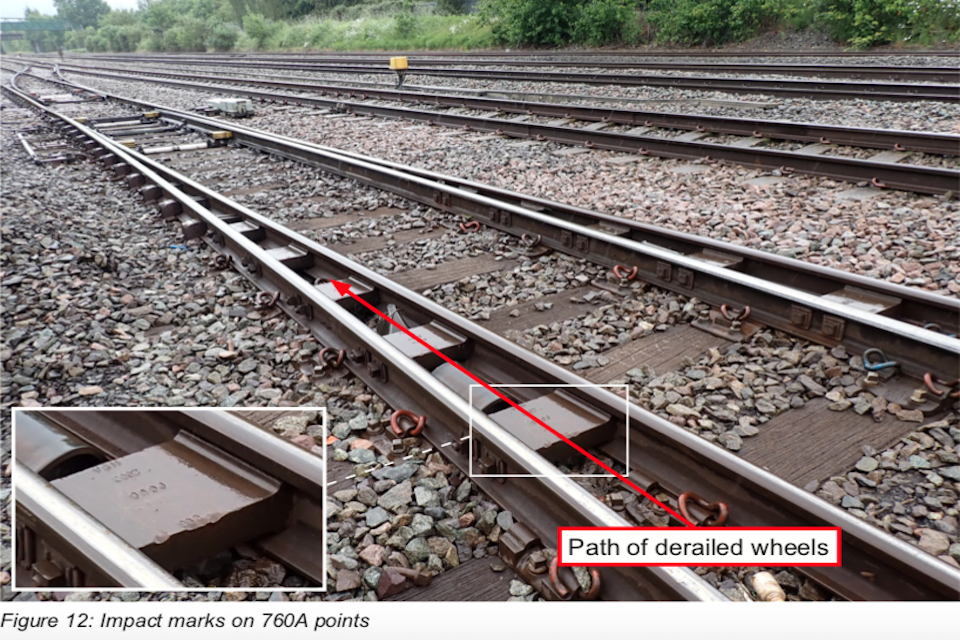 The report explains that the stock then rolled past a second red signal. “A short distance later, the leading four wagons derailed at the end of the run-out rails associated with a set of trap points”, says the RAIB. “The trap points worked as intended to derail the unauthorised movement. The leading two derailed wagons stopped foul of the adjacent running line, although no trains were nearby when the derailment occurred. The rake of wagons travelled a total distance of about 0.6 miles (1.0 km) during the runaway.”

The RAIB established the cause of the incident as a sequence of events, all of which were typical but, as is often the case, conspired at once. The outcome of the investigation by the Branch made two detailed recommendations. Their key interest, says the Board, is to reduce the risk of unsecured vehicles running away. “DB Cargo should establish the extent to which vehicles are being left unsecured in the yards and sidings which it manages or controls, and identify the possible reasons for this, including any misapplication of the rules for locomotive run-round movements”, says the conclusion. They quote the Rule Book Module TW4 ‘Preparation and working of freight trains’.

DB Cargo should implement changes to address any issues identified, they say, while noting that the recommendation may apply to other freight operating companies. The RAIB also recommended that DB Cargo should review and improve its processes for trains arriving at its yards and sidings. Hence, it is clear when safety-critical tasks should be undertaken, who is responsible for them and how their completion is communicated to others.