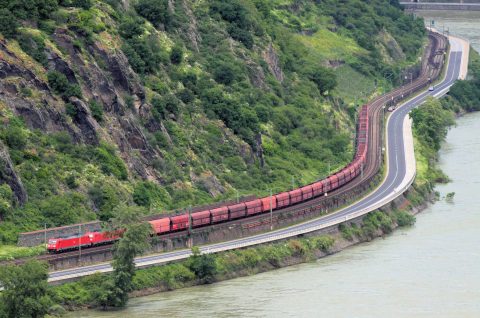 The Interregional alliance for the Rhine-Alpine Corridor (EGTC) has published a roadmap to become carbon neutral. This with the aim to become the first European carbon-neutral transport corridor. 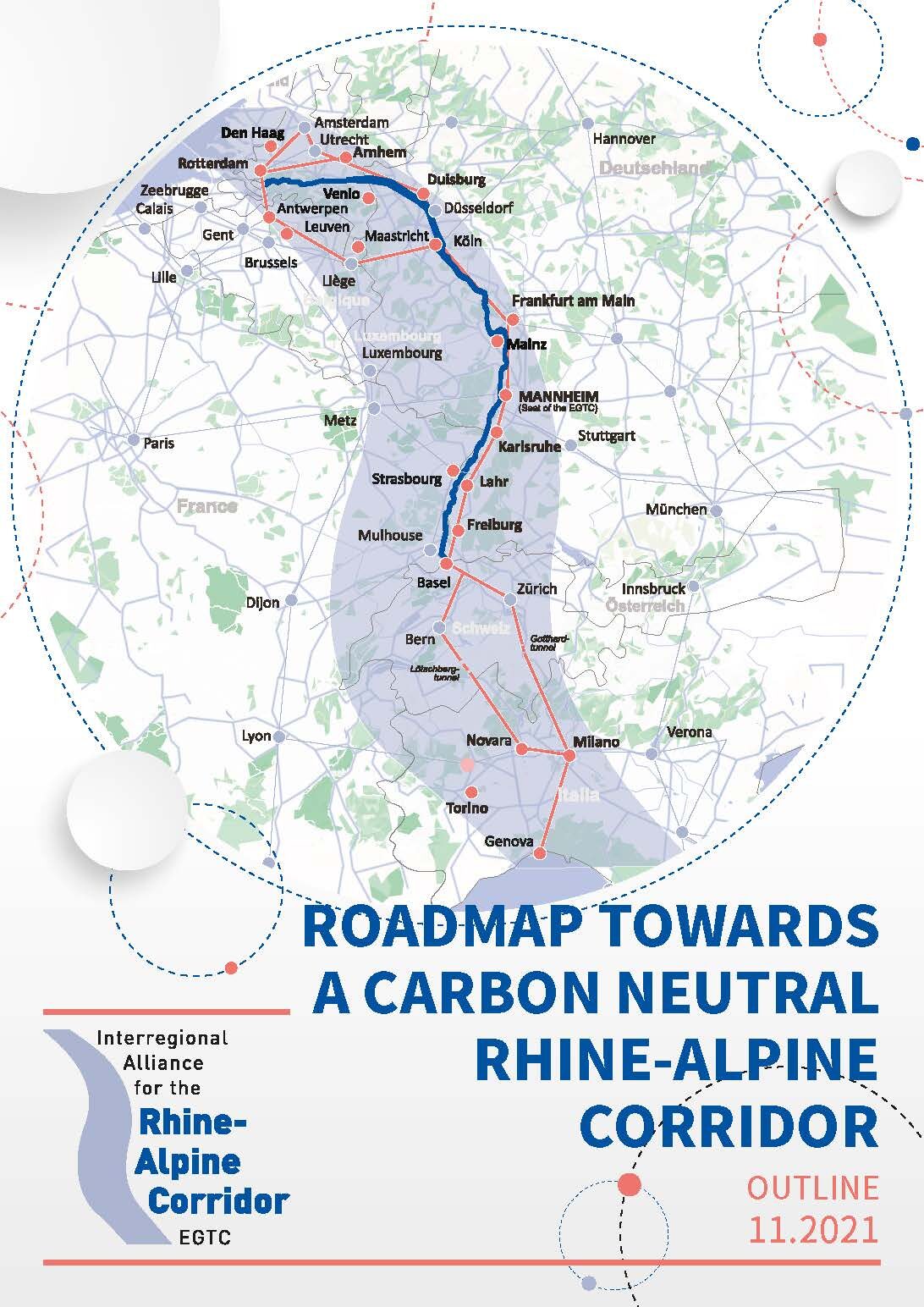 The Rhine-Alpine Corridor is the busiest transport corridor in Europe and should serve as a frontrunner for other TEN-T corridors in becoming sustainable and resilient to climate change.

The outline of the roadmap by EGTC proposes several steps leading up to a strategy to step up efforts to green the Rhine-Alpine Corridor to reach the climate goals as set out in the European Green Deal.

The EGTC, founded in 2015, involves regional and municipal contribution to the development of the vital core network corridor. It has 26 members, including municipalities, regions and provinces, inland ports, seaports and a chamber organisation from six countries along the corridor.

Around 138 billion tonnes-kilometre of freight is carried over the Rhine-Alpine Corridor annually. Inland waterways have a share of 50 per cent, road stands at 34 per cent, and the share of rail is 16 per cent.

The various targets set out for the EU, such as in the Sustainable and Smart Mobility Strategy, and the more recent Fit for 55 package aim to decarbonise all modes of transport. By 2050, rail freight traffic should be doubled, something which does not go for other transport modes. How rail freight traffic on the Rhine-Alpine Corridor should be increased is a question that the EGTC roadmap does not get into much. But, identifying and eliminating infrastructure capacity problems of rail freight transport on the corridor is key for reducing emissions by modal shift, it states. Some bottleneck areas negatively impact reliability and therefore inhibit the uptake of rail freight.

Focusing on alternative fueling stations and the therefore necessary infrastructure can serve as a first step for the decarbonisation, says the EGTC in the roadmap. There is already a need to undertake coordinated efforts and plan for the inevitable demand for European-wide infrastructure for charging and alternative fuel stations and the energy system supporting them.

To reduce emissions of infrastructure and vehicle fleets, it will be necessary to translate the decarbonisation targets of the European Green Deal and the national targets of countries along the Rhine-Alpine Corridor into figures for the corridor itself. For instance, this involves translating the percentage of CO2 reduction into alternative fuel share in corridor traffic.

Based on these figures, the need for alternative fuel infrastructure, pipelines and vehicles/vessels can be estimated for the short term up to 2030 and 2050. This could give concrete targets to be achieved in the Rhine-Alpine Corridor.

Gaps should be analysed

Another key aim for the Rhine-Alpine Corridor is to identify the needed improvements in technology, systems, market conditions, and policies to achieve the decarbonisation targets. The results of this analysis, as an assessment of the current state of the corridor as well as a way to monitor the growing potential, could contribute to the next and fifth Workplan of the transport corridor.

A gap analysis should be carried out, following which new initiatives can be proposed and will seed the forming of alliances and partnerships to address this using the available funding. It is recommended that this process be coordinated by a dedicated coordination team representing the Rhine-Alpine Corridor, the various (regional and national) ministries, and the core stakeholders says the EGTC.

With the targets for a carbon-neutral corridor and the gaps identified, it will become clear which actions are still needed to reach them. It can then be identified what can be done by the EGTC and its members, actors on EU, national or regional state level, and in a behavioural sense to shift long-distance private mobility in the corridor from cars and planes to trains.

In the Rhine-Alpine Corridor’s current Connecting Europe Facility (CEF) fund project list, there are 46 initiatives that aim at clean fuels, which are mainly road and maritime projects. Recent projects in the Horizon Europe call on Green ports & Airports such as PIONEERS and MAGPIE by the ports of Antwerp and Rotterdam will play an important role in making the corridor more sustainable.

Although not much concrete in terms of plans, the roadmap should serve as a guiding instrument for EGTC stakeholders to plan and finance their initiatives along the Rhine Alpine Corridor to achieve carbon neutrality. Subsequently, it could translate into increased chances for specific projects to receive EU funding.