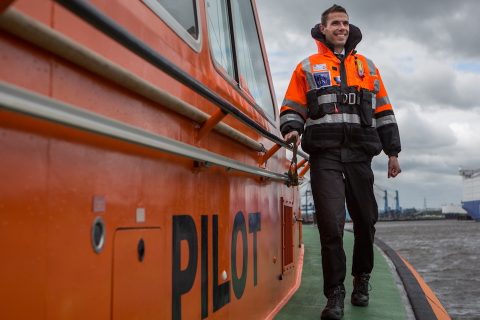 Port of Tyne is making name as rail terminal

Growth in intermodal traffic is good news for the Port of Tyne and UK operator GB Railfreight. A joint statement has celebrated the increased traffic and emphasised the congestion-beating services. The port which serves Newcastle in the north east of England, is now connected with Yorkshire and the English Midlands.

Promoting itself as an alternative to congested terminals further down the East Coast of England, Port of Tyne is rapidly expanding its intermodal services. Better known as a bulks and trucks terminal with a cruise berth, Tyne is now making a name for itself as a rail terminal too.

As the country continues to struggle with supply chain issues, GB Railfreight (GBRf) have confidently reported that they have successfully operated a series of intermodal services from the Port of Tyne to strategic rail hubs in Yorkshire and the Midlands. The announcement follows a soft launch of the ramped-up services earlier this autumn.

What they are describing as a campaign saw GBRf operate intermodal services from Port of Tyne to Yorkshire twice-a-week, and additional services to the English Midlands once-a-week. GBRf already operates biomass bulk trains from the port to serve Drax power station in North Yorkshire.

This series of intermodal services comes as the Port of Tyne welcomes intermodal traffic to help ease the strains caused by simultaneous increased consumer demand and supply chain challenges, ensuring the delivery of goods across the UK. “As import volume levels grow, this campaign of services demonstrates how rail freight can offer a real solution to the current issues facing our busiest deep sea ports”, said John Smith, CEO of GB Railfreight. “By unlocking extra capacity, this new flow can play a key role to ensure the timely and sustainable delivery of goods around the country.”

Source of much planning effort

Port of Tyne has been reinventing itself for decades. The demise of heavy industry on the river, and the contraction of the coal industry has seen it, along with other North East ports look for new markets. “We’re delighted to work with GBRf to enhance our service and provide another route to market, in addition to our own haulage, port centric warehouse operations and transshipment to other UK ports”, said Richard Newton, the Commercial Director – Logistics at the Port of Tyne.

The successful inauguration of new intermodal flows has been a source of much activity and planning at the port. “This boost to our offering demonstrates our capability to provide flexible and bespoke, solutions to our customers”, concluded Newton.

US Savannah states claim for freight belle of the South 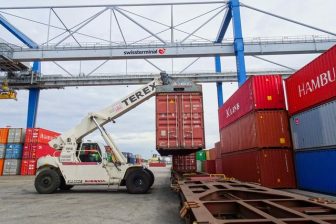 Ottmarsheim turns into rail hub for the Alsace region