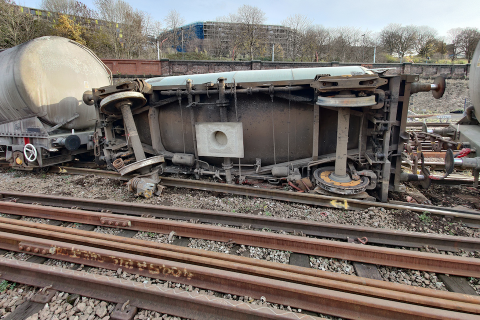 The Rail Accident Investigation Branch, the appointed independent safety investigator for the UK rail network, has concluded its report into the derailment almost one year ago at Sheffield station. As a result, the RAIB has made four recommendations to Network Rail. The Branch says changes need to be made to the implementation of processes for identifying high derailment risk locations; the implementation of safety-critical changes to its processes; standards governing fitment of check rails; and track geometry data formats.

The accident saw a loaded cement train derail in the station, which, although non-fatal, caused severe network disruption in the following weeks.The RAIB has also identified three learning points for track maintenance staff from the 20 November 2020 incident. The memorandum alerts staff to the need for effective management of track gauge in tightly curved tracks, such as the layout within the Sheffield station. The Branch also noted the limitations of geometry alerts provided by static measuring equipment and the importance of monitoring track geometry trends to identify track deterioration. In short: 1435mm at all times, thank you.

In the early hours of Wednesday 11 November 2020 (at 02:44), sixteen wagons of a cement powder freight train from Hope, Derbyshire, to Dewsbury, West Yorkshire, derailed at the north end of Sheffield station (originally built as Sheffield Midland in the mid-nineteenth-century). Freightliner operated the train on behalf of Breedon Group. Several wagons were damaged, and there was significant damage to the track, resulting in a partial closure of the station.

The train was coasting through the station at a constant speed of around 12 miles per hour (19 km/h) when the leading right-hand wheel of the twelfth wagon dropped into the space between the two running rails because the rails were too far apart: a problem known as gauge widening. The train stopped when the signaller observed some signalling equipment failures indicated on a display screen and alerted the driver to a problem. The unsung hero of the day brought a swift halt to the train before a massive damage incident occurred, potentially on the scale of the Barking derailment just a few months earlier.

Failures had not been identified

The track gauge had widened because several track screws that secured the rails and baseplates to the wooden bearers had broken, allowing the rails to spread apart under the loads from passing trains. The track screws had failed several weeks, or perhaps months, before the derailment, but Network Rail’s maintenance inspection activities had not identified the failures. 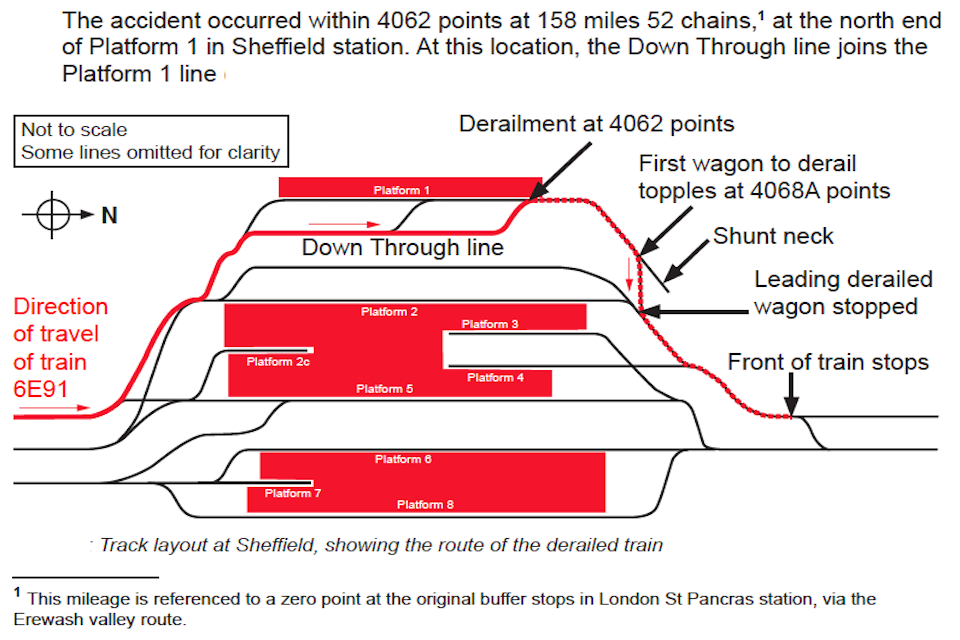 Although this was a location with a potentially high risk of derailment, it had not been recognised as such because Network Rail’s guidance for identifying such risk had not been applied. Additional mitigation had therefore not been considered. The full report, which runs to fifty pages, has been published via the RAIB website.