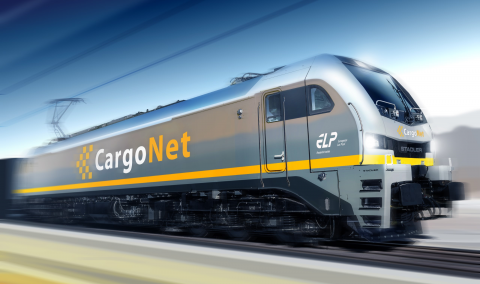 The EuroDual six-axle hybrid locomotives produce power up to 2,8 megawatts when using diesel and 9 megawatts when running on electricity. They are all equipped with the latest ETCS technology (baseline 3 level 2), also implemented in the Norwegian railway network.

EuroDuals have already been operating in the German railway network since April 2020. Their characteristics enable operations on electrified and non-electrified lines. The dual system allows for faster transit times and the transport of heavier loads. In addition to them, ELP will start circulating a newer version of hybrid locomotives, the Euro9000, by the end of 2022.

Hybrid technologies are synonymous with green developments and reduced CO2 emissions. Cargo Net will benefit from the new locomotives since its carbon footprint will reduce. However, in terms of core operations, the Norwegian rail operator will also benefit from the rolling stock’s tractive power. Specifically, CargoNet will increase the weight of operated trains up to 50 per cent on electrified lines due to the six-axle equipment.

“We look forward to the delivery and use of the EuroDual in Norway. With these new and innovative six-axle hybrid locomotives, we can offer our customers heavier trains and offer them the latest technological and environmental standards in rail logistics,” commented Erik Halland, director of rolling stock at CargoNet.

VTG prefers them too

In February 2021, VTG Rail Logistics and its RU subsidiary Retrack also chose two EuroDual locomotives for their operations. The two locomotives named ‘Lena’ and ‘Nina’ went through a successful test period during the first week of February. The testing included static acceptance and inspection as well as a trip.

Similarly to CargoNet, VTG focused on the tonnage benefits that the hybrid locomotives offer for their decision to use them. Specifically, the company mentioned that the locomotives’ characteristics would increase Retrack’s operations tonnage in European routes up to 30 per cent.