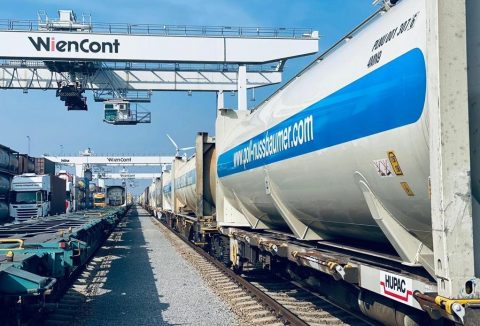 More trains between Northern and South-East Europe for Hupac

Hupac keeps adding connections from Rotterdam and Duisburg to Vienna. The service between Duisburg-Vienna has been upgraded and has already been running six weekly roundtrips since 14 June. As for Rotterdam-Vienna, the service will run with five roundtrips per week starting from 21 June.

Both services also have an extended link from Vienna to Budapest. Moreover, from Budapest, cargo can travel by train to destinations like the Ploiesti terminal in Romania, the Stara Zagora terminal in Bulgaria and the Halkali terminal in Turkey. Consequently, the service upgrades concern mainly the connectivity between North-European port hubs with the broader region of South-Eastern Europe.

Quite impressively, Hupac entered Q2 of 2021 with a strong appetite for more trip additions on existing connections, but also for more new rail links and network expansion. Since early May, the company announced new connections between Italian destinations like Novara-Pordenone and Busto Arsizio-Marzaglia/Modena.

Additionally, it launched a new service between Rotterdam and Pordenone with three roundtrips per week, while it also linked Zeebrugge in Belgium with Barcelona in Spain. For the latest, the trains also pass through Antwerp and Busto Arsizio, and the service runs five times a week.