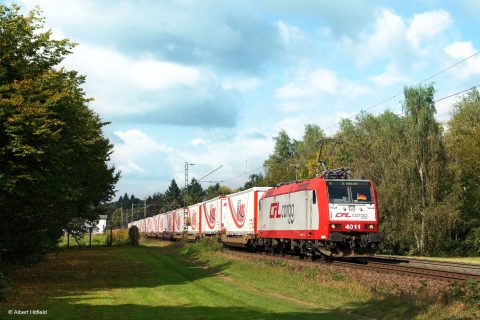 The Turkey-based logistics company Mars Logistics will launch a new connection between the Halkali terminal in Istanbul and the Kolin terminal in the Czech Republic. The new service will have an intermodal profile providing transportation of 45-foot containers and swap bodies. Operations will start in June, and the company will provide six weekly roundtrips between the destinations.

The total transit time of the new service will be four days, and the trains will travel through Bulgaria, Serbia, Hungary and Slovakia before reaching the Kolin terminal. From the Czech Republic, cargo can be further distributed to Poland, Germany and Slovakia.

Familiar with the European market

Mars logistics is not new when it comes to transportation between Turkey and Central Europe. It already has another dedicated intermodal service between Halkali in Istanbul and Krefeld next to Duisburg. This service runs with four weekly roundtrips and a transit time of five days.

The Halkali terminal is positioned in Istanbul and on Turkey’s European side. Together with Köseköy and Izmit terminals, it draws most of the attention when it comes to rail freight connections between Turkey and inland Europe. It is considered the most important international freight terminal in Turkey, providing warehousing and storage facilities.

European rail freight companies, such as Hupac and Rail Cargo Group, prefer it as their Turkish destination. Specifically, Hupac has daily roundtrips between Halkali and the Benelux and Ruhr regions, while Rail Cargo Group has ten weekly roundtrips towards Turkey, with most of them stopping at Halkali.