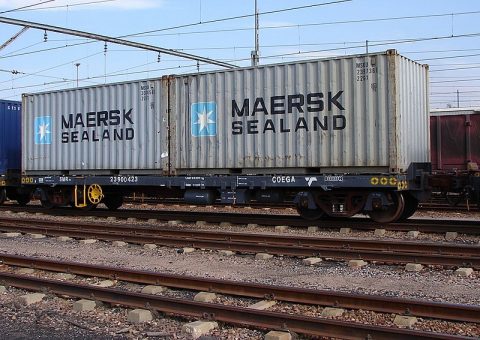 Maersk’s AE19 rail service using the Trans-Siberian route is about to experience another increase of trips following its customers’ growing demand. Eastbound trains will now travel once per week instead of every fifteen days, while westbound services will increase from three to four per week. To facilitate rail traffic, the company will also add extra vessel connections between the port of Pusan in South Korea and the port of Vostochniy in the Russian Far East.

AE19 has been Maersk’s flagship project in Eurasian transportation since mid-2019. In 2020, the intermodal service grew its westbound frequency from monthly to twice per week due to the Covid-19 pandemic. In early March 2021, Maersk announced the Japan-UK block-train service launch as part of AE19 and one more weekly service, making them three in total. However, the Suez Canal blockage between 23 and 29 March changed the dynamics once more and led the transport company to consider its products’ expansion, said Zsolt Katona, Head of Maersk Eastern Europe.

Over the past two years, rail freight has proved that every transportation-related crisis can work as an opportunity. Covid-19 and all the upheaval it brought certainly worked to its benefit since it proved its reliability and agility in the supply chain. Similarly, the Suez Canal crisis of a few weeks ago functioned in the same way.

Specifically, it played a crucial role in this development since it showcased rail freight’s position in Eurasian transport again. When ships were stranded, rail undertook cargo transportation along the New Silk Road and kept the markets running. “The AE19 service has been able to stand by its schedule, delivery times and swift transit clearance in ports despite both the impact of COVID-19 and the vessel blockage of the Suez Canal. It’s creating firm ground for further expansion of transcontinental transit via Russia in the future”, mentioned Katona.

For the AE19 service, Maersk uses the Trans-Siberian route, meaning that the trip’s biggest part takes place using the Russian Railways’ infrastructure. In this case, the transport company is not the only one characterised by reliability. The same applies to the infrastructure manager that keeps the service running without bottlenecks and with fast transit times of about 25 to 30 days.

“We are happy that our partners and customers consider Russian Railways (RZD) a reliable link of global supply chains, which is evidenced by substantial growth of transit shipments between Europe and Asia via Russia. RZD, together with Maersk, will keep on working on further improvement of speed, capacity and sustainability of this joint product,” commented Alexey Shilo, Deputy General Director of Russian Railways.