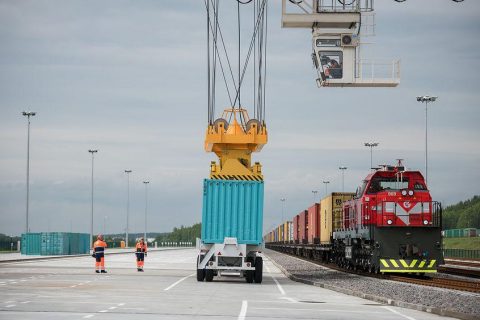 Belarus withdraws its cargo, but Lithuanian Railways have the answer

The Belarussian oil exporter company Belorusskaya Neftyanaya Kompaniya (BNK) decided last month to stop its long-term contract with LTG Cargo, the freight branch of Lithuanian Railways, which transported its oil products to the Lithuanian Port of Klaipeda. Both LTG Cargo and Klaipeda are supposedly going to experience substantial losses due to this move. However, as Martynas Burba, Communications Project Manager at Lithuanian Railways, stated, “LTG Cargo is agile and ready to deal with the situation”.

Rumours that Belarus would divert its cargo from Lithuanian infrastructure and the port of Klaipeda have been around for a long time. The underlying motives behind this decision relate to geopolitical pressures applied by the Belarussian government towards Lithuania. In the end, warnings about such a development became actions.

Simultaneously, Belarus and Russia agreed to ship BNK’s oil products through Russian Baltic ports despite that this option is quite more expensive than services through Lithuania. BNK’s volumes accounted for 3,7 per cent of LTG Cargo’s freight flows for 2020, meaning approximately two million transported tonnes. Nevertheless, the Lithuanian company aims to fill the gap equal to 35 per cent of its cargo volumes with other solutions.

According to Martynas Burba, “there are no economic grounds to justify such a decision”. However, LTG has been subject to similar threats long ago and was ready to handle and reduce their impact. The company will attempt to “diversify its operations, improve existing services and develop new ones”, added Burba.

In 2021, LTG wants to launch a semi-trailer transportation service for its customers both in Lithuania and Europe. Additionally, the company also aims to expand internationally. “Last year we established new subsidiaries in Poland and Ukraine, which will also contribute to our diversification goals”, underlined Burba.

The plans for international expansion constitute a long-term strategy of the company that wants to become a Central and Eastern Europe’s mobility leader. Ukraine and Poland are among the primary targets in this case. “We are a successful company in the Baltic States. Thus, we also want to contribute to the sustainable growth of the Ukrainian railway market, to the development of the Green Course, and promote potential economic cooperation between Lithuania and Ukraine”, added Burba.

On the other hand, LTG’s expansion in Poland is more complex, consisting of several different stages. The company opened its Polish branch almost a year ago when it signed a joint activity agreement with PKP Cargo for intermodal transportation. It also set up a transportation technology centre in Bialystok, which certifies rolling stock in Lithuania, while it already completed successfully training and certification procedures for its drivers.