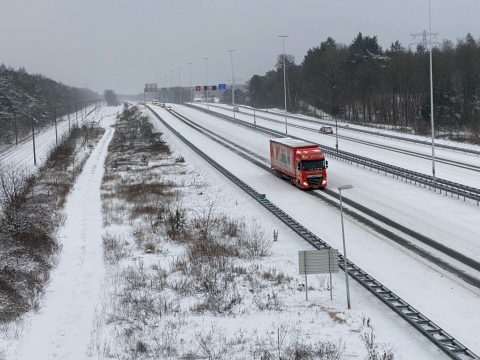 Despite efforts to restore the rail freight network in the Netherlands, traffic is still non-operational on Tuesday morning. This is true for the railways to and from the port of Rotterdam, railway lines in and out of emplacement yard Kijfhoek, and cross-border corridors to and from Germany. The infrastructure is covered in snow, after the country witnessed heavy snowfall over the weekend.

Infrastructure manager ProRail said on Monday afternoon that it is working hard to restart freight transport, together with contractors and railway undertakings. “In the port of Rotterdam, one of the most important nodes for freight transport, people work with might and main.”

When all rail transport was cancelled on Sunday afternoon, the rail freight industry responded with criticism. The country should have been more prepared, a complete standstill is a unique situation that does not occur in other countries, where equal amounts or more snow occurs, said Hans-Willem Vroon from RailGood. Moreover, rail freight operators saw very little effort to restore railway traffic in those places that matter to freight transport, such as the Harbour Line of the port of Rotterdam.

According to ProRail, this is not correct. “We are actively working with six to eight teams to get things going there, but with the persistent snow and wind that remains very difficult”, says Marc Kampinga, freight account manager at ProRail. “Moreover, the distances to cover are far too great. There was also disruption on the Caland Bridge, an important link on the Harbour Line.”

Train traffic to and from Germany is still stranded, due to problems on either side of the border. Just as the Netherlands, parts of Germany also witnessed heavy snowfall. “The routes from Kijfhoek to Emmerich and to Bentheim are reasonably accessible, but there are problems on the German side. There is a problem on the Kijfhoek-Venlo route in the Netherlands, near Lage Zwaluwe, but we are hopeful that it will be solved in the short term. Then we could start traffic at the terminals on the Brabantroute and internationally via Venlo”, says ProRail.

DB Cargo the Netherlands said on Monday that indeed, train services could gradually be resumed on Tuesday. “This is only possible when the weather conditions do not deteriorate further and most disruptions in the infrastructure have been resolved. Incidentally, the start-up will take place in different phases so that the manageability of the train process can be guaranteed. However, it is already clear that there will continue to be disruptions to rail freight services for the rest of the week at least. Delays are to be expected.”

Read the earlier story about snowfall in the Netherlands here. Or, follow the live blog of ProRail here.