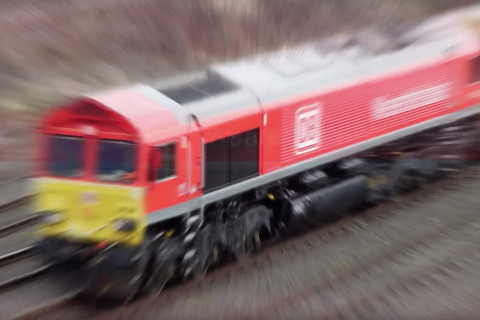 After extensive static testing of a class 67 at Nottingham, DB Cargo UK have been given clearance by Network Rail to test a class 66 locomotive fuelled with pure renewable Hydro-treated Vegetable Oil (HVO). The experimental fuel is compatible with the diesel engine, and is part of the company’s decarbonisation strategy. The test, under revenue-earning conditions, took place last week and has been heralded as a complete success by the company.

Class 66 locomotive number 66150 gave its operators, DB Cargo UK, an early Christmas present last week, by running faultlessly on a revenue-earning service, while fully fuelled on experimental Hydro-treated Vegetable Oil (HVO). DB had already revealed positive results for static testing of a class 67, but this run, on Wednesday 16 December, put the advanced fuel to test in the market place. 66150 hauled a consignment of long-welded rails from British Steel’s plant in Scunthorpe in Lincolnshire, to Network Rail’s depot in Eastleigh, Hampshire, on the south coast near Southampton.

Network Rail was the first of DB Cargo UK’s customers to give the go-ahead to trial the use of the environmentally-friendly fuel on one of its services, following earlier successful load bank trials carried out by the freight operator on a Class 67 at their Toton facility near Nottingham. Indications are that substituting commercial diesel with the new HVO fuel reduced the train’s carbon emissions by as much as 90 per cent.

The UK government’s rail minister Chris Heaton-Harris was keenly interested in the environmental aspects of the trail run. “From the first hydrogen-powered train on the network earlier this year, to a locomotive fuelled entirely with treated vegetable oil, this really has been a landmark year for green and clean innovation on our railways”, he said. “Rail freight offers significant benefits to the environment, taking lorries off the road while keeping our economy moving. Harnessing sustainable sources of energy like this will help us to achieve our vision for a net zero carbon transport system by 2050.”

Replacing commercial diesel, commonly known as red diesel because of the dye that differentiates it from more heavily taxed retail fuel, would represent a considerable commercial opportunity for DB Cargo UK. Their head of sales, Roger Neary, says using HVO fuel could significantly reduce the 45 million litres of diesel consumed annually by its mixed fleet of 227 locos. “We are delighted that Network Rail agreed to work with us on this project that could ultimately lead to a significant reduction in our carbon footprint and that of our customers”, he said. “Rail freight is already a much greener alternative to road haulage, so to reduce our carbon footprint even further will, I hope, make businesses re-evaluate their own transport strategies. If they want to reduce their own carbon emissions, then rail freight is the obvious choice over road.” 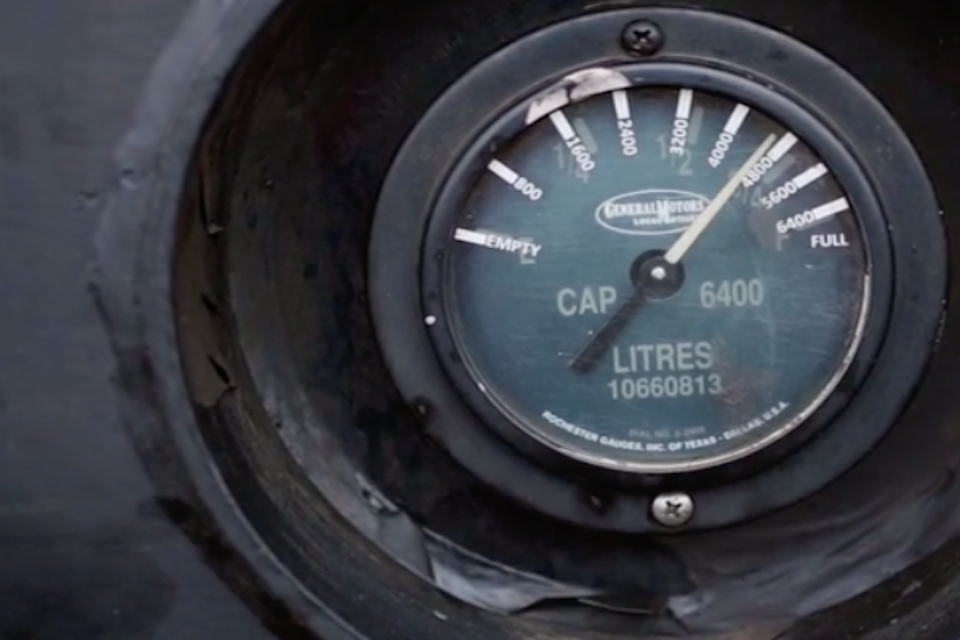 DB Cargo UK now plans to carry out further live tests on its fleet of Class 67 and 60 locomotives. HVO is synthetically made through processing vegetable oils or animal fats, which significantly reduces harmful carbon dioxide and nitrogen oxide emissions.

The Government has set the rail industry a stretching target to achieve net zero carbon emissions by 2050. Neil Welch, who is supply chain operations business manager for Network Rail, liaises with industry to answer that ambition. He said that as well as greater electrification of the UK network, Network Rail was working across its supply chain to explore innovative ways to decarbonise its operations.

“Sustainability is important to us”, said Welsh. “It’s an integral part of making sure our railway is resilient, efficient and provides a great service in years to come. We are keen to understand all of the alternative technologies available in the marketplace that will significantly reduce carbon emissions. We will continue to engage with our supply chain on the options available.”